Uzbekistan said five shells were fired into its territory from Afghanistan on Tuesday, although they did not explode.

The shelling caused no casualties but there was minor damage to houses near the border, according to the foreign ministry.

In April, the ISIS terrorist group’s local chapter in Afghanistan claimed it had carried out a rocket attack on Uzbekistan but the Uzbek foreign ministry said at the time the claim was false.

“On July 5, 2022 at around 4:20 pm the fall of five projectiles, presumably fired from the territory of Afghanistan, was noted in the border area of Uzbekistan,” the foreign ministry said in a statement, adding that it was working with Afghanistan to establish the cause of the incident.

“It should be noted that no explosions occurred when the shells fell, as a result of which there were no human casualties and no destruction,” the ministry added.

The government in Tashkent has established ties with the Taliban administration in Kabul without offering formal recognition.

The foreign ministry said that “minor damage was caused to four private houses” in a neighborhood in its border city of Termez, which Uzbekistan has been developing into a hub for trade with south Asian countries like Afghanistan and Pakistan.

“The fifth projectile was found on the football field. The shells were neutralized by a unit of military engineers,” the ministry said in a statement on Telegram. 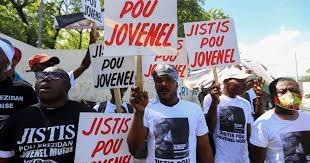