For three years the Turkish government labeled NASA scientist and US citizen Serkan Golge a “terrorist.” This week the US State Department welcomed him home.

Golge, 40, who endured three years of solitary confinement in Turkey after being wrongly convicted on terrorism charges, told Al Arabiya English on Tuesday that he was part of a “witch hunt” in the country following the 2016 coup attempt.

“Because I was a US citizen, and I went to a particular college, that was enough to be convicted,” said Golge in an interview with Al Arabiya English.

“This is how the justice system works in Turkey. You could be a perfect law-abiding citizen but still according to the Turkish courts you could be charged with terrorism,” added Golge.

A dual Turkish-American citizen, Golge returned to his home in Texas last month with his wife and two young sons. The US State Department told Al Arabiya English on Monday it welcomes Golge “home to the United States.”

“We commend his strength and perseverance,” a US State Department spokesperson told Al Arabiya English. 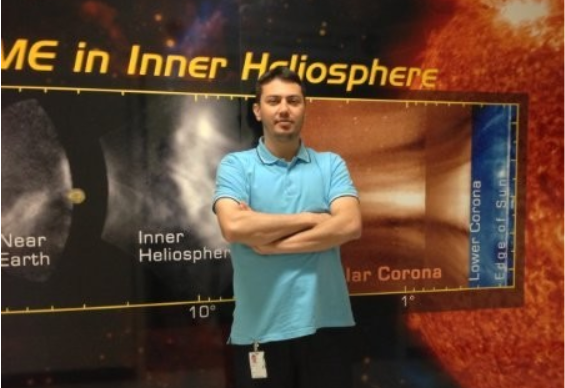 Golge’s nightmare began while vacationing with his family in Turkey during the summer of 2016.

He was in the wrong place at the wrong time: an American citizen in Turkey in the aftermath of the July 15 coup attempt against President Recep Tayyip Erdogan.

Golge was arrested days after the attempt, following an anonymous tip that he was a CIA operative and connected to the Gulen movement, which Erdogan accuses of being behind the effort to overthrow his government.

The religious Gulen movement is led by US-based Muslim cleric Fethullah Gulen, who Ankara has unsuccessfully tried to extradite from the US for years. And while Erdogan and Gulen were once allies, the Turkish president now considers the cleric a terrorist. 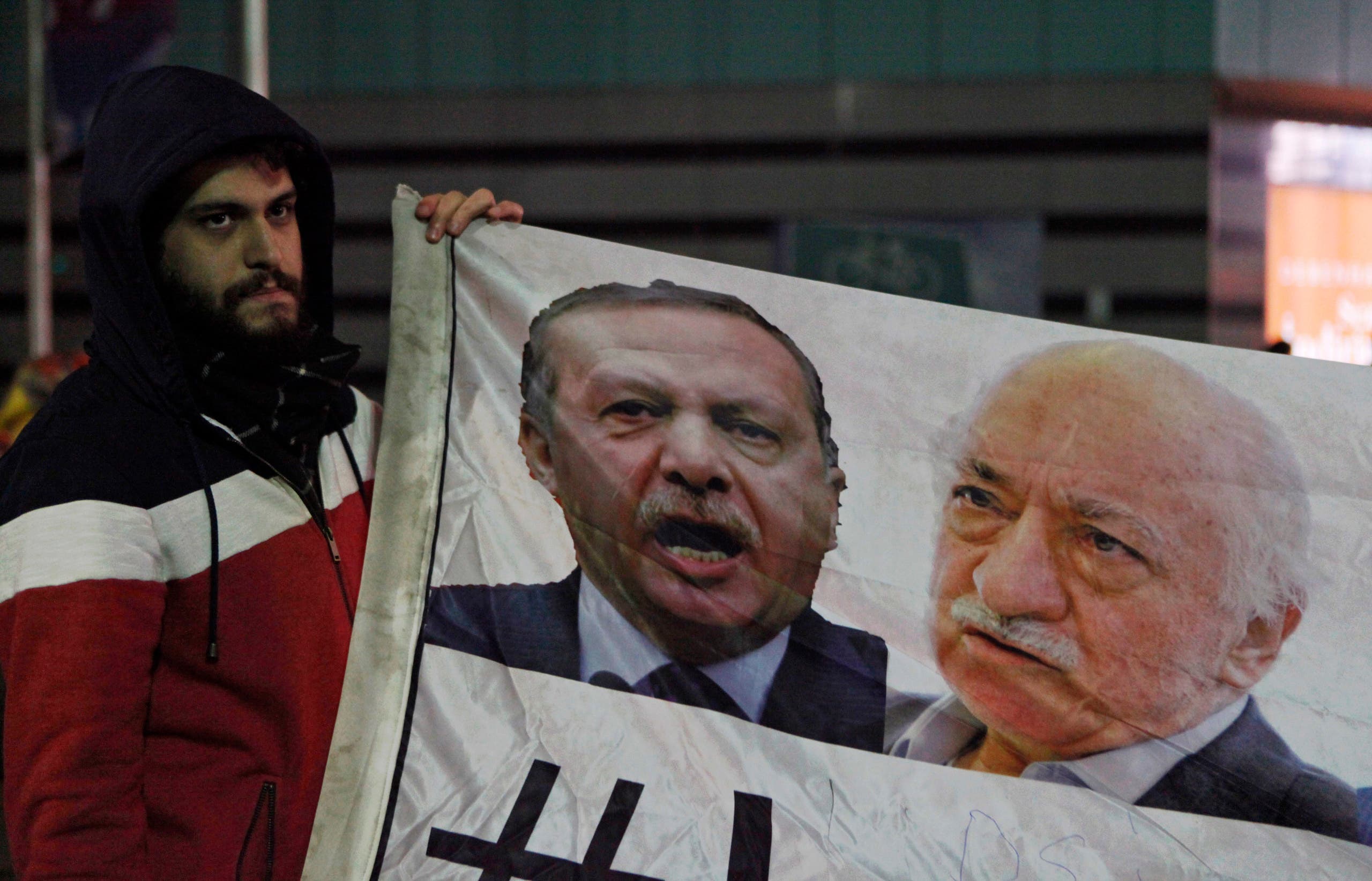 Golge, who denies any Gulenist involvement or membership, said he was sure the authorities would soon realize he was innocent.

“I told my family to stay calm, that this is a simple mistake, that the police and the prosecutor will fix this soon…how I was wrong,” said Golge.

$1 bill used as evidence of ‘terrorism’

Golge was brought before a judge who presented the evidence against him: American currency, specifically a one-dollar bill that police found in his parent’s home in Turkey.

“I asked a very simple question for three years of my detention to the judges: How do you jump from a single US dollar bill to terrorism? How is this terrorism?” Golge told Al Arabiya English.

The Turkish authorities claimed that Gulen gave his followers the US money as a sign of membership.

Authorities then added Golge’s college degree from a Gulen-affiliated university, as well as his bank account that was part of a Gulen network of companies, as more “proof” of his membership in the movement. 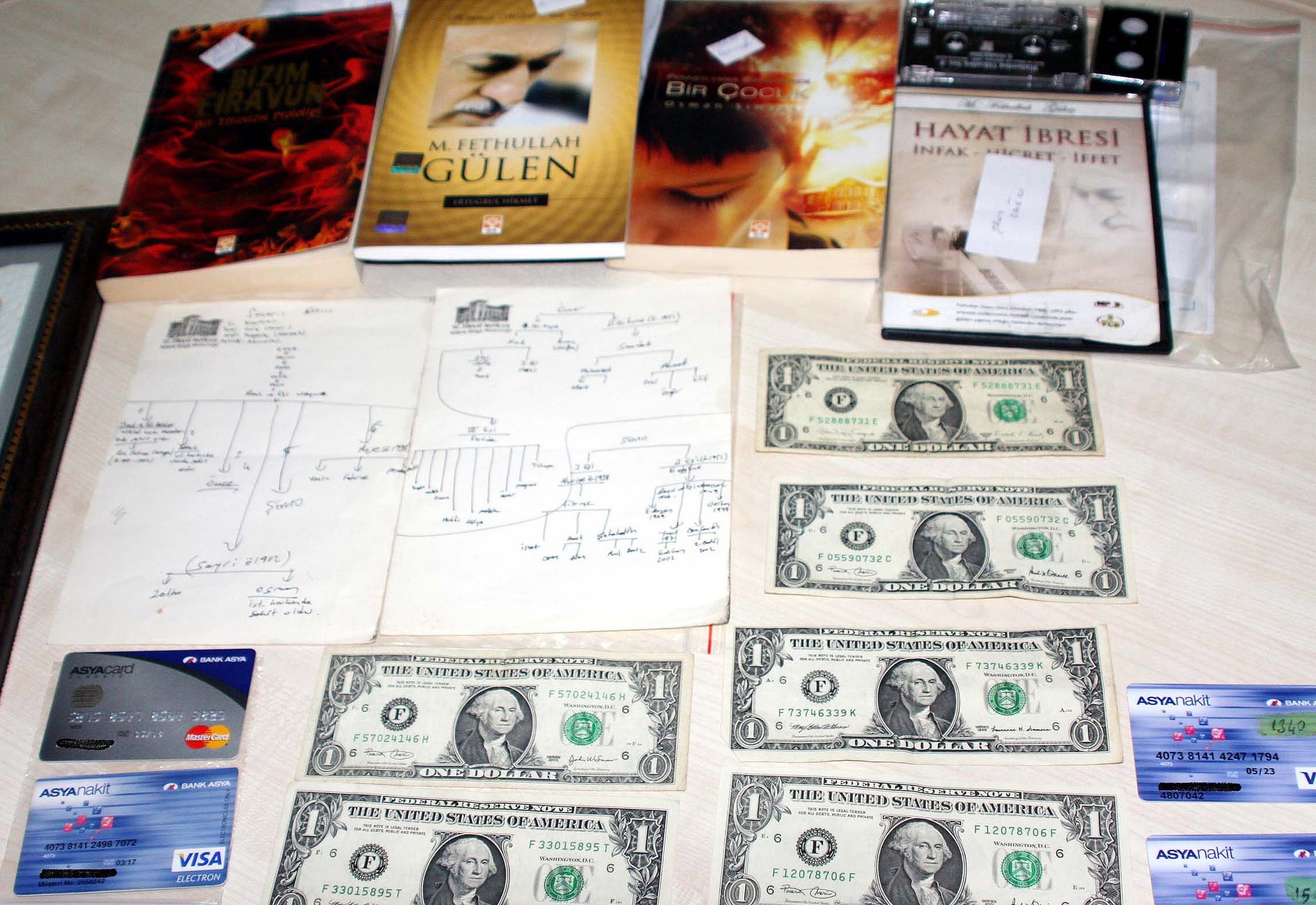 US dollars, Visas cards and books displayed after police raids on the home and the business of one suspected follower of Muslim cleric Fethullah Gulen in Gaziantep, Turkey on Aug 3, 2016. (AP)

“A single dollar bill, a bank account, a school you attended…how is this terrorism?” said Golge in an interview with Al Arabiya English.

“I ask the public to judge my case; and thousands of similar cases allegedly arrested for terrorism in Turkey based on absurd evidence,” he added.

Ankara has arrested tens of thousands of people over suspected links to Gulen and more than 100,000 people have either been fired or suspended from jobs in the public sector.

Despite his claimed innocence, Golge was sentenced to seven and a half years in Turkish prison, which was later reduced by an appeals court to five years.

For years, Golge spent 23 hours per day in solitary confinement, with just one hour allotted for sunlight.

Interrogations continued about the supposed coup plotting, with police demanding Golge give up names of Gulen members.

“I kept telling them I had no names to give, I wasn’t a spy or a terrorist, I am just a scientist,” Golge told Fox News last month.

The nightmare came to an end on May 29, 2019, hours after a phone call between US President Donald Trump and Erdogan. 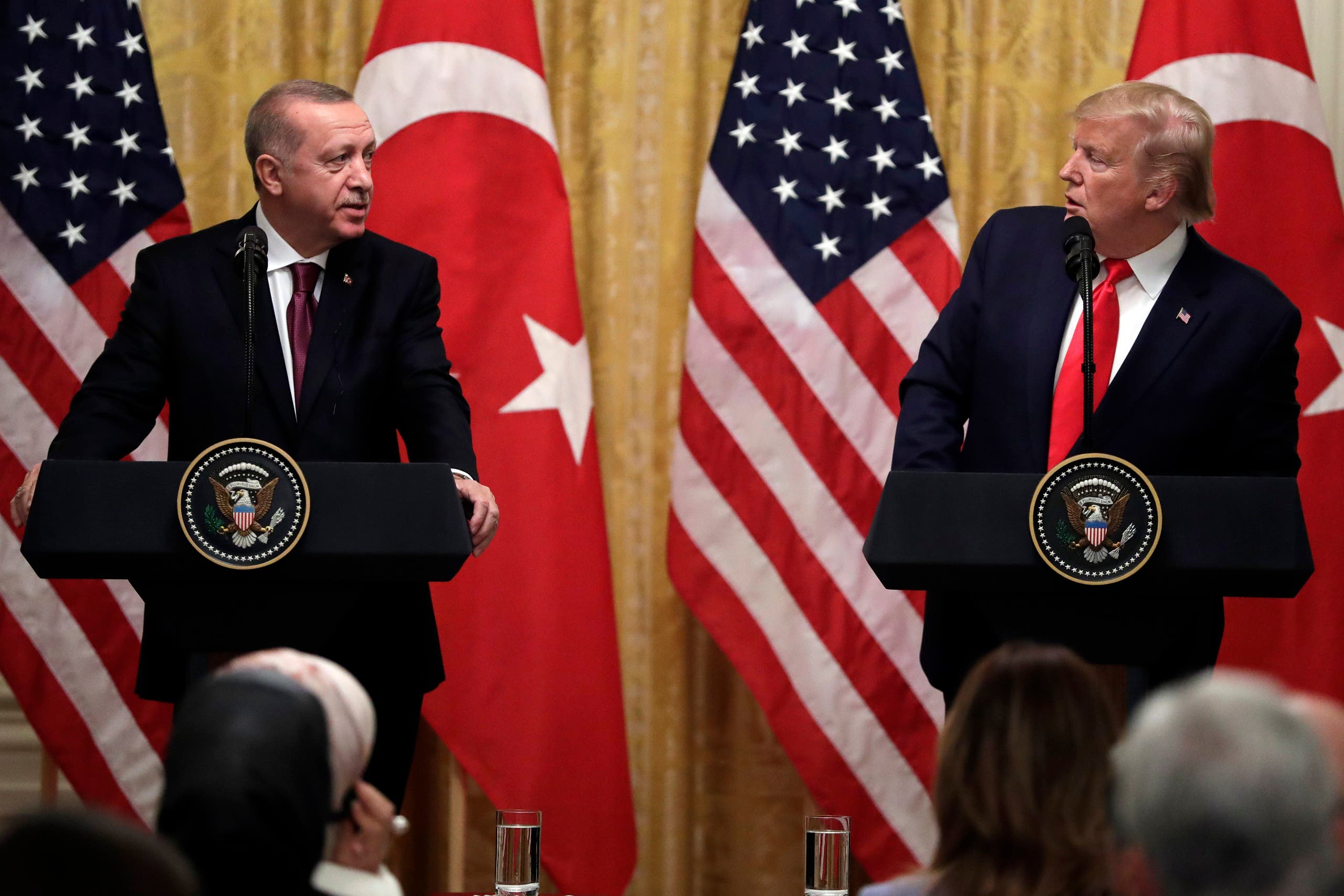 President Donald Trump speaks during a news conference with Turkish President Recep Tayyip Erdogan at the White House on Nov. 13, 2019, in Washington. (AP)

Golge said he isn’t aware of any deals made between the government for his release but said he thinks the White House may have reminded the Turkish government that he was supposed to have been released by the end of March 2019.

Now back in Houston, Texas, Golge has resumed his work as a NASA employee.

He said the Turkish government has “never apologized” for the injustice, but that he plans to take his case to the European Court of Human Rights.

“I am absolutely certain that, as in many cases, it will reveal significant violations of freedom,” said Golge, adding that the word “terrorism” in Turkey has become a “catch-all phrase.” 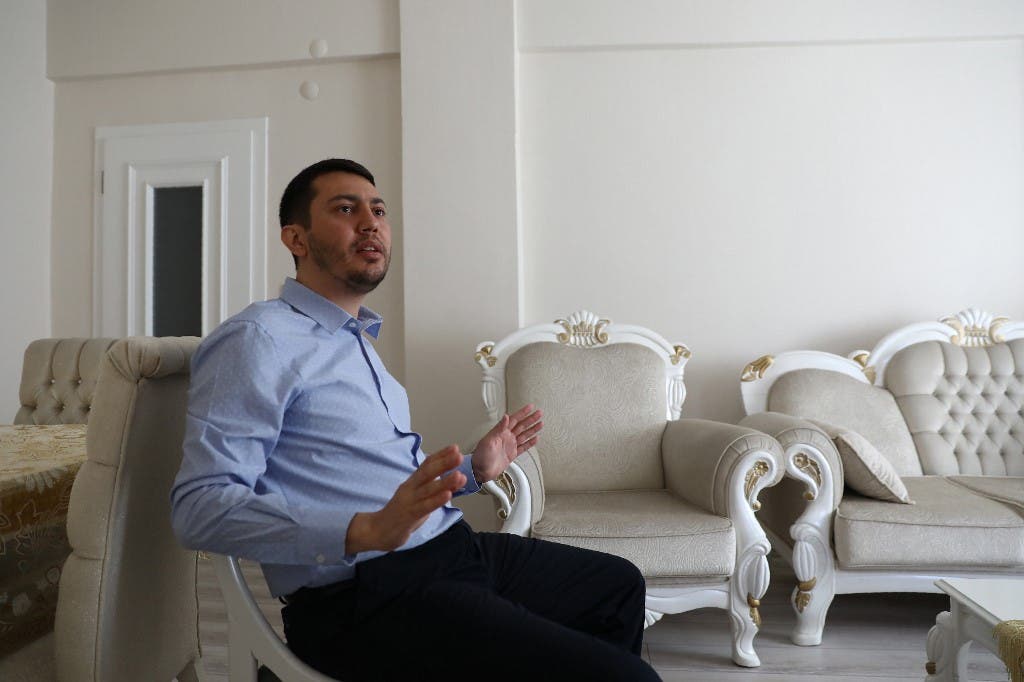 NASA scientist Serkan Golge speaks with AFP at his parents’ home in Hatay, on June 7, 2019, nine days after being released on probation. (AFP)

“Any opponent, or anyone in Turkey, can be charged with terrorism – even if you never ever supported violence or terrorism in your whole life,” said Golge.

Doctor’s Note: Can coronavirus spread through the air?

Downing PS752 would be an unforgivable mistake and big crime if proved: Analyst