The United States on Monday urged its allies to repatriate suspected Islamic State-linked nationals detained in northeast Syria, after the terrorist group launched an attack on a prison to free its fighters.

Washington called on its partners in the international coalition to defeat ISIS, “to improve the secure and humane detention of ISIS fighters, support rehabilitation initiatives, and urgently repatriate their nationals and other detainees remaining in northeast Syria,” in a statement from State Department spokesman Ned Price.

ISIS fighters on January 20 launched their biggest assault since the loss of their “caliphate” nearly three years ago, attacking the Ghwayran prison in the Kurdish-controlled northeast Syrian city of Hasakeh to free fellow jihadists, sparking battles that left over 370 dead.

After six days of intense fighting, the Kurdish-led Syrian Democratic Forces (SDF) announced on Wednesday they had recaptured the prison, but intermittent clashes continued until Saturday between Kurdish fighters and militants near the jail.

Senior ISIS leaders were captured or killed during the fighting, Price said, praising the SDF “for their heroic and effective response to the sustained ISIS attack.”

Most nations have been reluctant to repatriate their ISIS suspects from northeast Syria, preferring to leave them in the custody of Kurdish authorities.

But the Kurdish administration has long warned it does not have the capacity to hold, let alone put on trial, all the ISIS militants captured in years of operations.

The Kurdish administration’s foreign policy chief Abdulkarim Omar said it was up to the international community to put foreign militants on trial or repatriate them.

The ISIS threat is “like a fireball, it gets more dangerous and complicated with time,” he told AFP.

The self-declared ISIS caliphate, established in 2014, once straddled large parts of Iraq and Syria, a country wracked by civil war since 2011.

After five years of military operations conducted by local and international forces, ISIS’ last rump was eventually flushed out on the banks of the Euphrates in eastern Syria in March 2019. 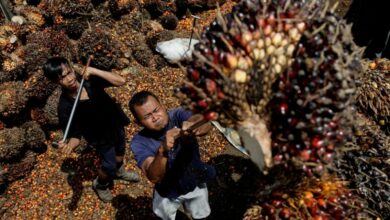