The Pentagon announced Friday that it had cut the number of US troops in Afghanistan and Iraq to 2,500 each, days before President-elect Joe Biden is set to take office.

“Today, US force levels in Afghanistan have reached 2,500. Directed by President [Donald] Trump, and as I announced on Nov. 17, this drawdown brings US forces in the country to their lowest levels since 2001,” Acting Defense Secretary Christopher Miller said in a statement.

“Today, the United States is closer than ever to ending nearly two decades of war and welcoming in an Afghan-owned, Afghan-led peace process to achieve a political settlement and a permanent and comprehensive ceasefire,” Miller said.

The reduction could complicate matters for the incoming Biden administration, which must determine how to handle a Trump administration commitment to the Taliban to remove all US military, intelligence and contractor personnel from Afghanistan by May as a move to spur peace negotiations.

Those talks are at an early stage.

Senior US commanders are skeptical of the Taliban’s stated commitment to peace, although they have said they can accomplish their mission in Afghanistan with 2,500 troops. 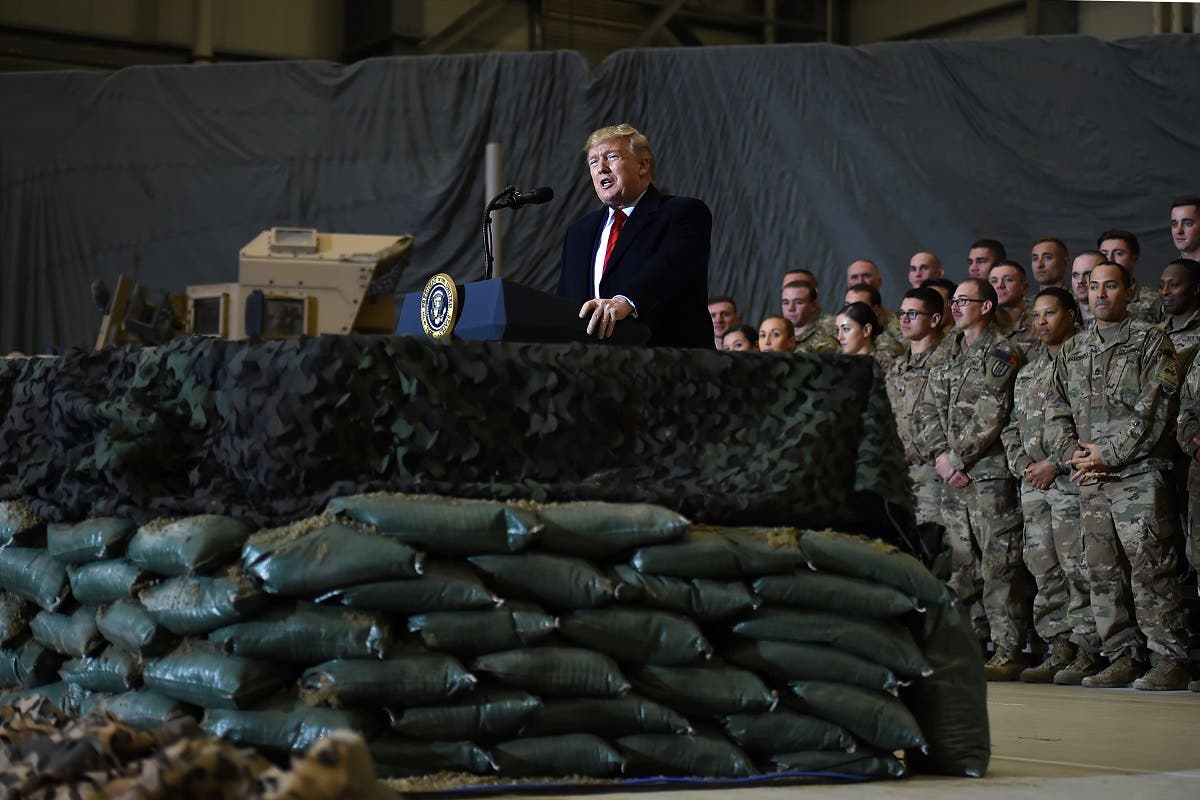 US President Donald Trump speaks to the troops during a surprise Thanksgiving day visit at Bagram Air Field, on November 28, 2019 in Afghanistan. (AFP)

When Trump took office four years ago, there were about 8,500 troops in the country, and he raised it to about 13,000 that summer.

Under the National Defense Authorization Act passed by Congress two weeks ago, the Pentagon was explicitly forbidden to use money from this year’s or last year’s budget on reducing the number of troops below 4,000 — or below the number that was in the country the day the bill was finalized, which was Jan. 1. Trump vetoed the measure, but both the House and Senate voted to override his veto.

The defense legislation provided two conditions under which the Pentagon could get around the prohibition — a presidential waiver or a report to Congress assessing the effect of a further drawdown on the US counterterrorism mission in Afghanistan and the risk to US troops there.

Separately, Miller also revealed that the number of US troops in Iraq was now at 2,500.

“The drawdown of US force levels in Iraq is reflective of the increased capabilities of the Iraqi Security Forces,” Miller said, adding that the ability to reduce force levels was “evidence of real progress” in the fight against ISIS.

But the US official said the move did “not equate to a change in US policy. “US and Coalition forces remain in Iraq to ensure the enduring defeat of ISIS,” Miller said.

There had been just over 5,000 US troops in Iraq before the initial decisions to reduce the troop level at the end of 2019. 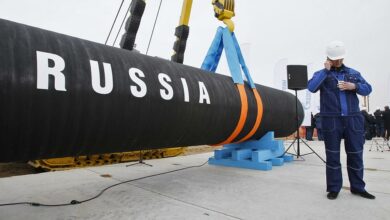 Russia-Ukraine crisis: How Europe may cope if Putin shuts off gas