The Trump administration will impose new sanctions on Iran every week during the ten weeks leading up to the inauguration of President-elect Joe Biden on Jan. 20, Axios reported on Sunday, citing Israeli sources.

The US State Department’s Special Representative for Iran and Venezuela Elliott Abrams is in Israel to discuss the sanctions plan, according to the Axios report. Abrams met with Israeli Prime Minister Benjamin Netanyahu and National Security Adviser Meir Ben-Shabbat on Sunday and will meet with Minister of Defense Benny Gantz and Foreign Minister Gabi Ashkenazi on Monday.

Biden, who was vice president under President Barack Obama when the nuclear deal was reached, has pledged to rejoin the accord if Iran returns to complying with its terms. 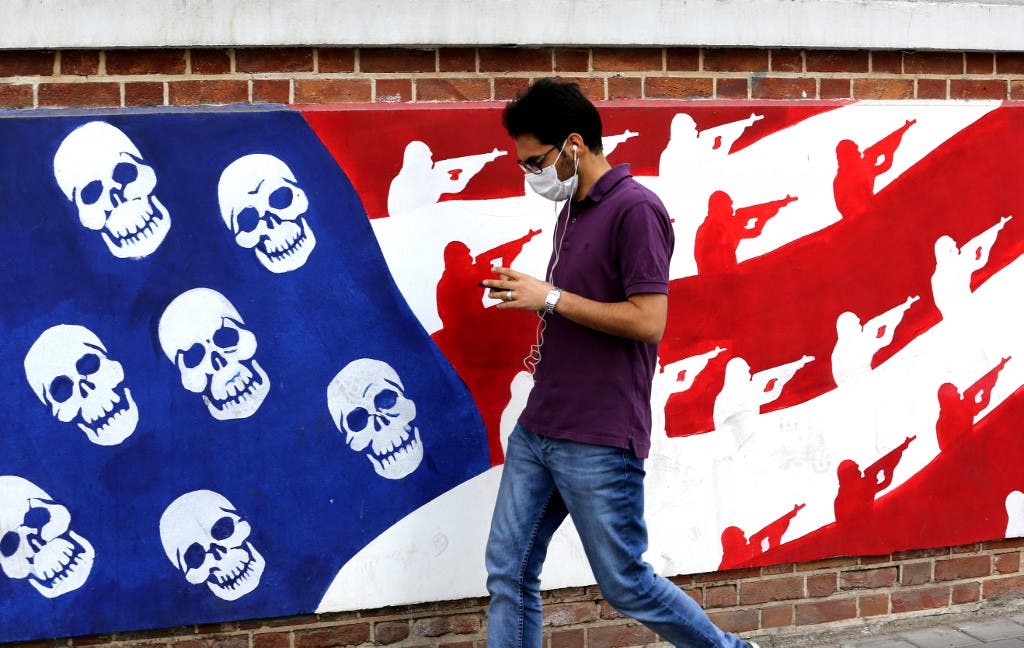 An Iranian man walks past a mural painted on the outer walls of the former US embassy in the Iranian capital Tehran, on November 4, 2020. (AFP)

The Trump administration’s planned sanctions are linked to Iran’s ballistic missile program, support for its proxy groups in the region, and human rights violations, according to the report.

Abrams will also travel to Saudi Arabia and the United Arab Emirates to discuss the sanctions plan, according to Axios.

Iran’s foreign ministry Spokesman Saeed Khatibzadeh said on Sunday that the US must “repent” and stop the “economic war” against Iran, referring to sanctions.

While Tehran recognizes the “obvious” differences between Biden and Trump, “we are waiting for practical steps,” Khatibzadeh added.

Hundreds of pupils feared abducted after attack on Nigeria school