The Supreme Court of the United States has refused to block a Texas law banning abortion after six weeks of pregnancy.

The judges voted 5-4 early on Thursday to deny an emergency appeal from abortion providers and others that sought to block enforcement of the law.

The so-called Heartbeat Act, which went into effect on Wednesday, amounts to a near-total ban on abortion in Texas.

Signed by Republican Governor Greg Abbott in May, the law prohibits abortions once medical professionals can detect cardiac activity, usually about six weeks and before most women know they are pregnant.

Abortion rights groups say such a ban has never been permitted in any state since the Supreme Court decided Roe v Wade, the landmark ruling that legalised abortion nationwide in 1973.

The Supreme Court said its ruling does not make any conclusions on the constitutionality of the Texas law and allows legal challenges to the legislation to move forward.

“In reaching this conclusion, we stress that we do not purport to resolve definitively any jurisdictional or substantive claim in the applicants’ lawsuit,” the majority said in the unsigned order.

“In particular, this order is not based on any conclusion about the constitutionality of Texas’s law, and in no way limits other procedurally proper challenges to the Texas law, including in Texas state courts.”

“Presented with an application to enjoin a flagrantly unconstitutional law engineered to prohibit women from exercising their constitutional rights and evade judicial scrutiny, a majority of justices have opted to bury their heads in the sand,” she said in her dissenting opinion.

Abortion providers challenging the law have vowed to “keep fighting this ban until abortion access is restored in Texas”.

In a statement early on Thursday after the high court’s action, Nancy Northup, the head of the Center for Reproductive Rights, said her organisation was “devastated that the Supreme Court has refused to block a law that blatantly violates Roe v Wade”. 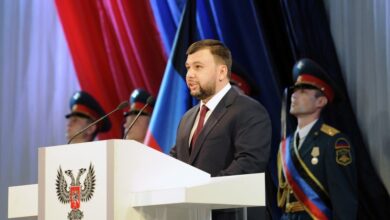 Coronavirus outbreak may be over in China by April: expert