A law in Texas banning abortions after six weeks of pregnancy has taken effect as the US Supreme Court did not act on an emergency request by pro-abortion rights groups to block the measure.

Abortion rights advocates say the law represents the most dramatic restrictions since the Supreme Court’s landmark Roe v Wade decision, which legalised abortion across the country in 1973.

The Texas law, which was signed by Republican Governor Gregg Abbott in May after passing the state’s Republican-controlled legislature, would prohibit 85 percent of abortions previously conducted in the state, advocates say. They have argued that women commonly do not know they are pregnant at that point – when a heartbeat is first detectable.

At least 12 other states have enacted bans on abortion early in pregnancy, but all have been blocked from going into effect.

Planned Parenthood and other women’s health providers, doctors, and clergy members challenged the law in federal court in Austin in July, contending it violated the constitutional right to an abortion.

In a tweet, Planned Parenthood vowed: “We aren’t backing down and we are still fighting”.

US President Joe Biden called the law “extreme” and said it “blatantly violates the constitutional right established under Roe v. Wade and upheld as precedent for nearly half a century.”

“My administration is deeply committed to the constitutional right established in Roe v. Wade nearly five decades ago and will protect and defend that right,” Biden said in a statement.

“There are thousands of pregnant Texans who are sitting at their kitchen tables trying to crunch the numbers and figure out how they can possibly travel hundreds of miles out of state, in order to get time sensitive medical care,” Kaye said.

Communities of colour and low-income Texans would be hardest-hit by the new law, she also said.

Advocates have long feared a rollback of abortion rights after the death of liberal Supreme Court Justice Ruth Bader Ginsburg, which gave the highest court in the country a 6-3 conservative supermajority.

A later ruling by the court could still stop the law, which has an unusual enforcement scheme. It authorises private citizens to sue abortion providers and anyone involved in facilitating abortions. That would include anyone who drives a woman to a clinic to get an abortion, among other scenarios.

Under the law, anyone who successfully sues another person would be entitled to at least $10,000. What stagnated the Ethiopia peace process? 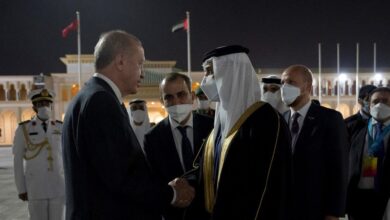