Outgoing US Secretary of State Mike Pompeo is expected to provide new evidence that shows ties between Iran and al-Qaeda, political sources familiar with the top American diplomat’s plans to speak later Tuesday have said.

Pompeo and the Trump administration, soon entering their last week in office, have continued to push ahead with their maximum pressure campaign on Iran.

Pompeo is expected to make a televised speech in Washington at the National Press Club, according to a State Department schedule.

Reuters first reported that Pompeo would publicize declassified information on the killing of al-Qaeda’s number two in Tehran last August.

Sources familiar with Pompeo’s plans confirmed to Al Arabiya English that the secretary of state would provide details on the operation, which was reportedly carried out in cooperation with the Israeli intelligence agency.

On Monday night, the White House reporter for US-based POLITICO said Pompeo was seen dining with the head of Israel’s Mossad, Yossi Cohen, in Washington.

A man and his daughter who were killed in Tehran last summer were not Lebanese nationals as Iran’s Fars news agency reported at the time. In fact, the man was al-Qaeda’s Egyptian-born number two Abou Mohammed al-Masri, who was wanted by the US for his role in the bombing of multiple US embassies in Africa, according to a previous New York Times report which cited intelligence officials.

Al-Masri, who the Times said was around 58 years old, was one of al-Qaeda’s founders and the successor to the terrorist group’s current leader Ayman al-Zawahiri.

Miriam is reportedly the widow of Osama bin Laden’s 11th son, Hamza, who was his father’s heir in the terrorist group. US President Donald Trump announced the killing of Hamza in September 2019.

Despite Iran denying links to al-Qaeda terrorists, a 19-page report that was found among Osama Bin Laden’s items during the US raid on his compound, Iran allowed al-Qaeda members to pass through its borders without stamping their passports or with visas from its consulate in Karachi, Pakistan before 2001.

Since Trump entered the Oval Office in 2016, he has launched a pressure campaign aimed at forcing Iran back to the negotiating table after he withdrew from the Iran nuclear deal signed under Barack Obama.

An aggressive sanctions campaign was part of this policy and it is anticipated that more sanctions will be announced in the final days of the Trump administration.

Last week, the US blacklisted the leader of a state umbrella group in Iraq for mainly Iran-backed Shia militia. 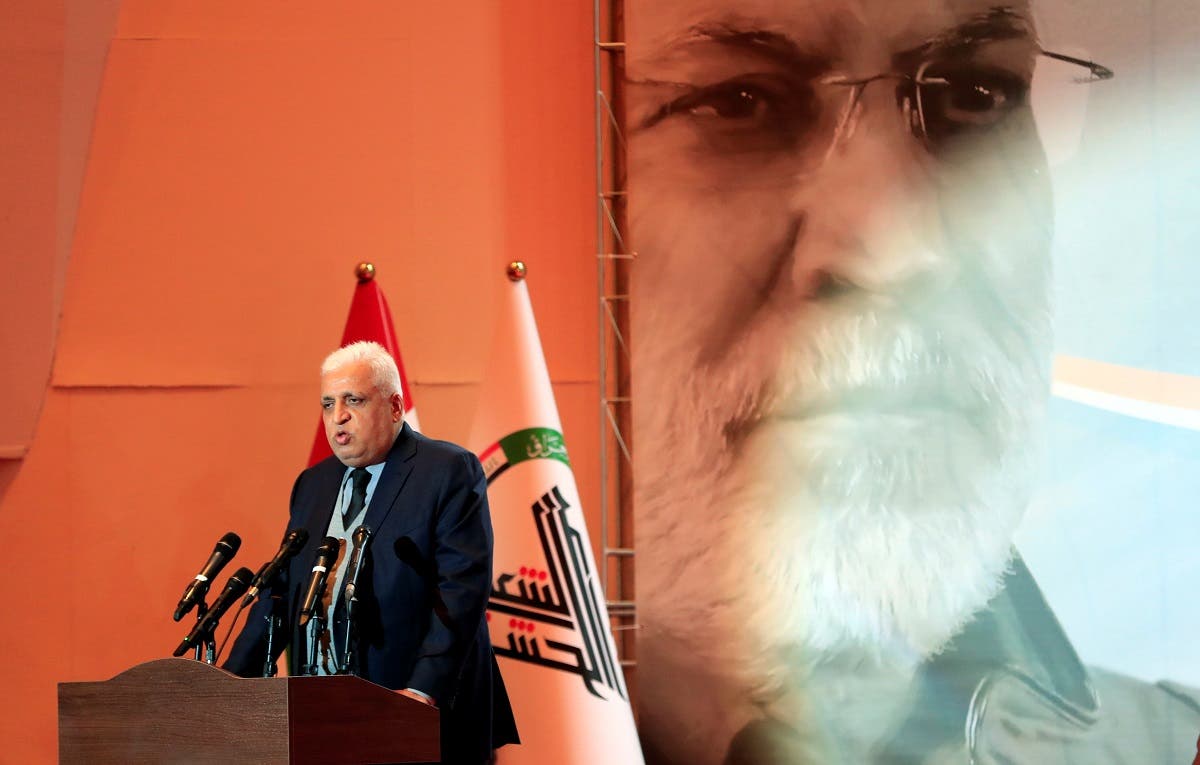 The US Treasury accused him of leading militia that killed hundreds of protesters with live ammunition during a crackdown on anti-government demonstrations in 2019. It said he had coordinated with Iran’s Revolutionary Guards.

While sanctions have sharply lowered Tehran’s oil exports and increased the economic hardship of ordinary Iranians, it has failed to bring Iran back to the negotiating table.

US President-elect Joe Biden has said the United States will rejoin the nuclear deal “if Iran resumes strict compliance.”

Former and current Iraqi and Lebanese officials have also been slapped with sanctions for dealing with Iran-backed militias and groups.

On Sunday, Pompeo also announced the intention to designate Yemen’s Houthi militia as a terrorist organization. The group is backed and supported by Iran and continues to launch rockets and ballistic missiles at Saudi Arabia.