US Secretary of State Mike Pompeo on Monday said he hoped other Arab countries would soon establish diplomatic relations with Israel as he kicked off a Mideast tour to build on the momentum of the recent US-brokered deal between Israel and the United Arab Emirates.

Pompeo spoke during a joint statement with Israeli Prime Minister Benjamin Netanyahu in Jerusalem, the first stop on a multi-country tour of the region following the Aug. 13 agreement by Israel and the UAE to establish diplomatic ties.

“I am hopeful that we will see other Arab nations join in this,” Pompeo said. “The opportunity for them to work alongside, to recognize the state of Israel and to work alongside them will not only increase Middle East stability, but it will improve the lives for the people of their own countries as well.” 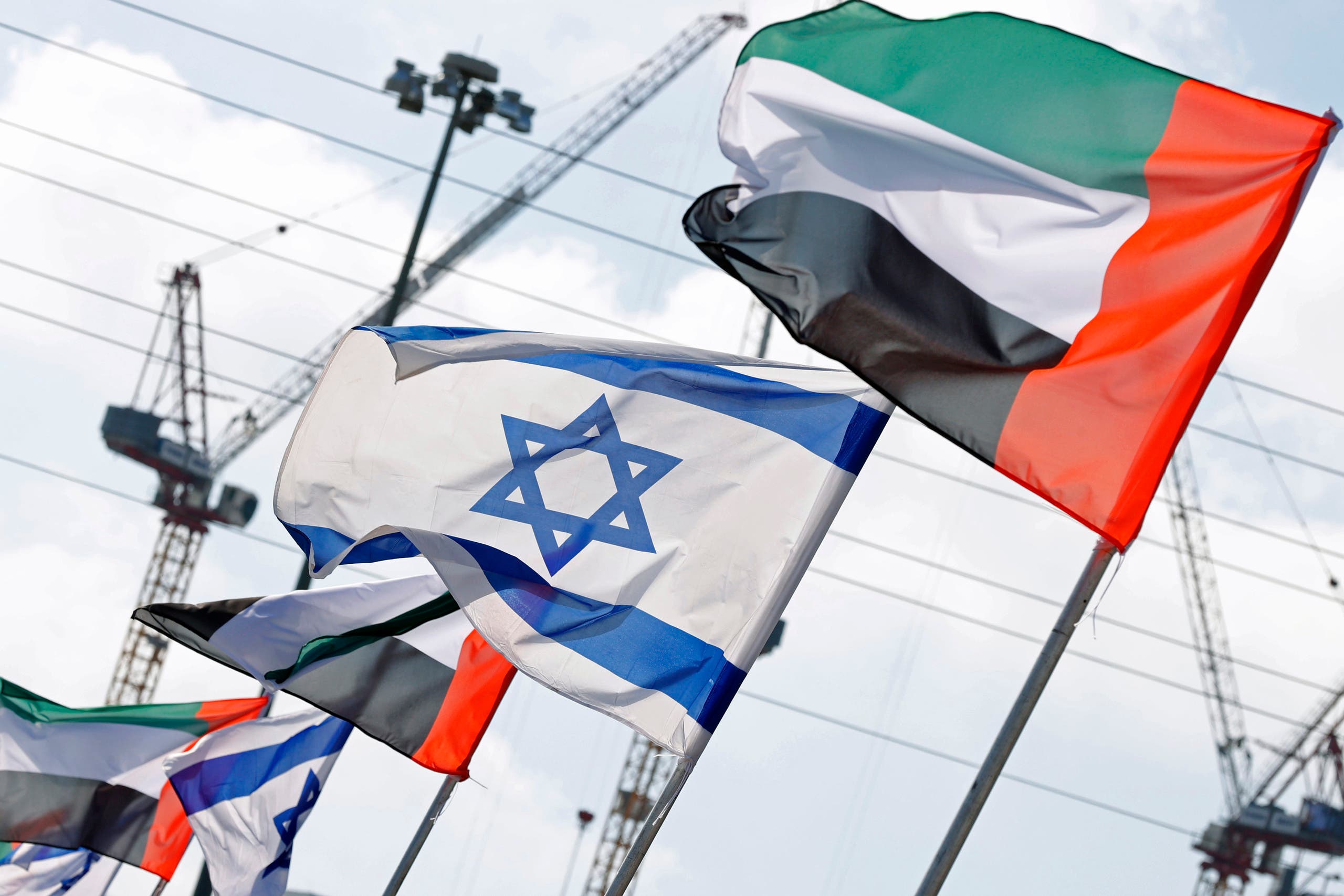 Israeli and United Arab Emirates flags line a road in the Israeli coastal city of Netanya, Israel on August 16, 2020. (AFP)

Both Pompeo and Netanyahu criticized the lack of international support for the US demand for the restoration of UN sanctions against Iran.

After failing to extend an arms embargo on Iran, the Trump administration has been pushing at the Security Council to have “snapback” sanctions imposed over what Washington says is Iran’s violation of the 2015 nuclear deal with world powers. The Trump administration withdrew the US from that agreement in 2018.

“We are determined to use every tool that we have to ensure they can’t get access to high-end weapon systems,” Pompeo said. “The rest of the world should join us.”

Earlier this month, the US, Israel and the UAE announced the deal to establish full diplomatic relations, which also requires Israel to freeze its plans to annex parts of the occupied West Bank sought by the Palestinians as part of their future state.

Netanyahu called the agreement “a boon to peace and regional stability” that “heralds a new era where we could have other nations join.”

He also said the agreement does not include Israel’s acceptance of the sale of sophisticated weaponry to the Emirates.

President Donald Trump said last week that the US is now reviewing an Emirati request to buy advanced F-35 warplanes.

After his Israel stop, Pompeo was slated to visit Sudan, the UAE and Bahrain, with additional stops in the Gulf possible, the State Department had said.