The US on Tuesday condemned arrests based on ethnicity in Ethiopia after the detentions of UN staff reportedly from the Tigrayan community.

Price pointed to reports that the UN staff arrested in Addis Ababa belonged to the Tigrayan community amid an offensive led by rebels in Tigray that has come closer to the capital Addis Ababa.

The detentions come as US envoy Jeffrey Feltman visits Ethiopia as he seeks to back efforts for an immediate ceasefire in the intensifying year-long support.

The United States again voiced hope for efforts led by former Nigerian president Olusegun Obasanjo, who is serving as an envoy by the African Union.

Obasanjo has “spoken to this window of opportunity that he believes — and, in turn, we believe — does exist and continues to exist,” Price said. 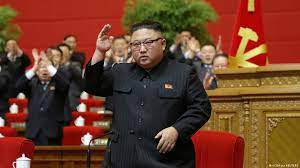 The new arms race on the Korean Peninsula