The administration of United States President Donald Trump tightened the noose further around Iran’s beleaguered economy on Thursday, announcing a fresh round of sanctions that will effectively shut the country out of the global financial system.

On Thursday, the US Department of the Treasury announced it is blacklisting 18 major Iranian banks – 16 of which were targeted for “operating in Iran’s financial sector” – as well one bank controlled by a sanctioned Iranian bank and one the US Treasury says is affiliated with Iran’s military.

In a statement, the Treasury said it had, “identified the financial sector of Iran’s economy as an additional avenue that funds the Iranian government’s malign activities”.

European nations have opposed a blanket sanctioning of Iran’s financial sector because it exposes foreign banks that do business with the blacklisted banks and other companies to punitive measures by Washington.

In a statement, US Treasury Secretary Steven Mnuchin said: “Today’s actions will continue to allow for humanitarian transactions to support the Iranian people.”

But critics have long contended that US sanctions have obstructed the flow of vital food, medicines and other humanitarian aid to Iran.

After the sanctions were announced on Thursday, Iranian foreign minister Mohammad Javad Zarif pushed back on Mnuchin’s claims that humanitarian transactions would not be impacted by the latest round of sanctions.

“Amid Covid19 pandemic, U.S. regime wants to blow up our remaining channels to pay for food & medicine. Iranians WILL survive this latest of cruelties. But conspiring to starve a population is a crime against humanity. Culprits & enablers—who block our money—WILL face justice.” Zarif tweeted.

The COVID-19 pandemic has hit Iran harder than any other country in the Middle East.

More than 488,000 Iranians have been infected with COVID-19, while more than 27,00 have lost their lives to the disease, according to data compiled by Johns Hopkins University.

Despite calls from United Nations officials and governments to halt sanctions during the COVID-19 pandemic, the Trump administration has not relented in its “maximum pressure” campaign launched after it unilaterally withdrew from the Iran nuclear deal with world powers in 2018. 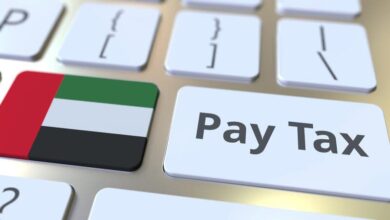