US-sanctioned Hezbollah’s non-governmental organization Qard al-Hassan has installed multiple ATMs over the past month in areas controlled by the Iran-backed militia in the southern suburbs of Beirut, in a clear violation of Lebanon’s fiscal law.

The ATMs allow those who receive direct payments from Hezbollah, and those who benefit from the institution’s loans, to withdraw cash in either Lebanese lira or US dollars without any restrictions. 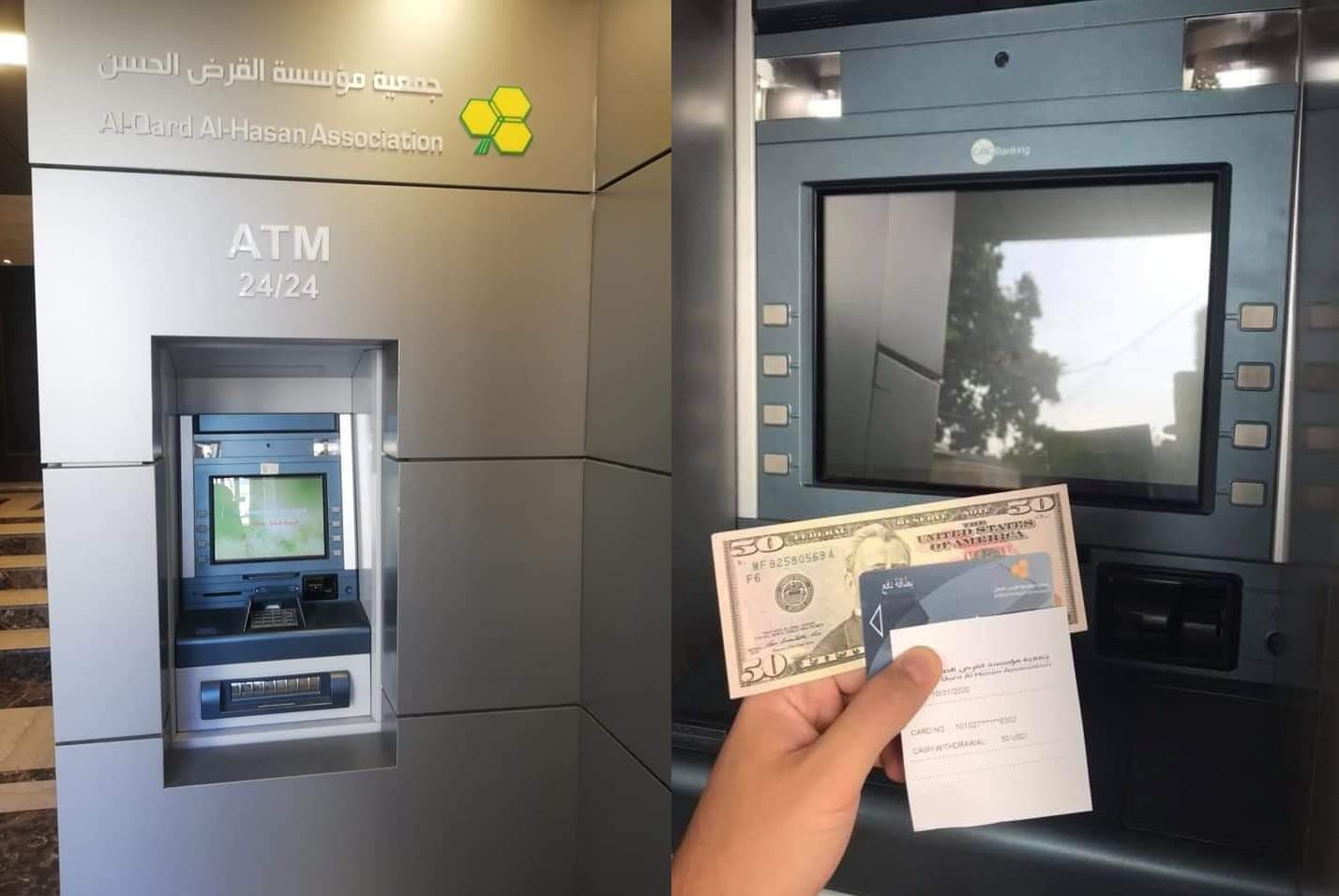 Lebanon is suffering from unprecedented economic crisis, which has led banks to enforce an informal capital control on Lebanese citizens’ accounts to save the remaining shrinking foreign currency reserves and avoid further depreciation of the Lebanese lira exchange rate, which already lost over 365 percent of its value.

Hezbollah’s Qard al-Hassan institution is not a bank, nor a financial institution, and is not subject to the Lebanese monetary and credit law. It has no legal or financial relationship with the Central Bank of Lebanon.

Consequently, it cannot buy dollars from the central bank. It is a non-governmental institution licensed by the Lebanese Ministry of Interior in 1987.

According to its website, the institution has more than 400,000 contributors and had given out loans worth in total over three billion US dollars by the end of 2019.

“Al-Qard al-Hassan institution serves as Hezbollah’s central bank for its parallel economy,” the expert said, wishing to remain anonymous for fear of retribution.

“Iran’s Revolutionary Guard controls over 80 percent of the industrial sector in the country. They have a grip on Iran’s economy. This is the same model Hezbollah is trying to deploy in Lebanon, and Qard al-Hassan is part of this scheme with all the loans given to business owners and industries,” he added.

“Qard al-Hassan, by itself, is just one side of the story. As the Lebanese baking system and economy collapsed, Hezbollah is using this as a chance to build a completely independent parallel economy, through those loans, through illegally or legally importing Iranian and Syrian products, and through exporting to those countries as well,” the expert added.

The expert said all that is done by Qard al-Hassan is against Lebanon’s fiscal and monetary laws. It falls outside of the official banking system. He further elaborated that any institution that deals with people’s money or investment and gives out loans should fall under the Central Bank’s judiciary.

With the anti-government protests that broke out in Lebanon last October and the banking system’s loss of trust, citizens transferred the economy into a cash economy.
Most people took their deposits out of the banks and even stopped using debit or credit cards.

The expert explained that this cash economy allows Hezbollah to gain faster control of the economy and easier accessibility in building its parallel economy.

The Central Bank cannot trace cash transactions, and all sanctioned entities can freely conduct business in a cash economy. This may give Hezbollah better flexibility in sucking the foreign currency from the Lebanese market -predominately the foreign cash reserves of companies and families – which are estimated to be between five and seven billion US dollars.

The Central Bank of Lebanon has suggested enforcing a new digital currency as of 2021. Implementing this suggestion would suck back the cash from the market and help stabilize the currency. It is important to note that pro-Hezbollah media, were the first to attack this initiative as it will again weaken the parallel economy initiated by Hezbollah, the expert told Al Arabiya English.

Hezbollah is adopting a western liberal baking strategy. They are controlling people and business owners through all those loans, the expert added. The only solution stopping this parallel market’s growth is rebuilding trust in the banking sector to get clients back under the Central’s bank umbrella.

With a digital currency enforced and with citizens depositing again in the banks, all transactions would be traceable. However, this can only happen when there is a political will to do so.

In 2007, the US Treasury Department targeted Hezbollah’s support network by sanctioning and designating the finance firm Al-Qard al-Hassan under Executive Order 13224.
The Treasury said Hezbollah had used the Al-Qard al-Hassan firm to manage financial activities, adding that Hezbollah shifted accounts of people and entities previously blacklisted by the Treasury to the firm and its employees.

According to the Washington Institute for Near East Policy, Hezbollah is encouraging people to use Hezbollah financial institutions to exchange and deposit their money—especially al-Qard al-Hassan, which has recently become the group’s primary money exchanger and the default bank replacement for its Shia constituency.

Syrian pound sinks to record low with 3,450 against dollar