The United States has removed from its list of “terrorist” groups a shadowy faction regularly blamed by China to justify its harsh crackdown in the Muslim-majority Xinjiang region.

In a notice in the Federal Register, which publishes new US laws and rules, Secretary of State Mike Pompeo said he was revoking the designation of the East Turkestan Islamic Movement (ETIM) as a “terrorist organisation”.

“ETIM was removed from the list because, for more than a decade, there has been no credible evidence that ETIM continues to exist,” a State Department spokesperson said.

The administration of George W Bush in 2004 added ETIM, also sometimes called the Turkestan Islamic Party, to a blacklist as it found common cause with China in the so-called US-led “war on terror”.

Beijing has regularly blamed ETIM for attacks as it justifies its measures in Xinjiang, where rights groups say one million or more Uighurs or other Turkic-speaking, mostly Muslim people are held in camps. 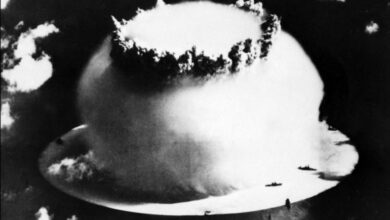