The US military is proceeding with President Donald Trump’s order to slash troops in Afghanistan to 2,500 by mid-January, the Pentagon’s top general said Wednesday, calling the situation on the ground a “strategic stalemate.”

Joint Chiefs Chairman General Mark Milley, who earlier appeared opposed to cuts on the estimated 4,500 US troops currently there, said the United States had been successful “to a large measure” at its original goal of hitting al-Qaeda after the September 11, 2001 attacks.

The US went to Afghanistan in 2001, he said, “to ensure that Afghanistan never again became a platform for terrorists to strike against the United States.

“To a large measure, we have been, at least to date, successful in preventing that from happening again,” Milley said in an online Brookings Institution forum.

“We believe that now after 20 years, two decades of consistent effort there we’ve achieved a modicum of success.”

Milley said it has been clear for the past five to seven years that the situation on the ground has been a strategic stalemate, with neither Afghan government forces or Taliban insurgents able to defeat the other.

The only way that war could come to an end – in a way that is aligned with US security needs – he said, was through a negotiated settlement between Kabul and the Taliban.

With negotiations on a peace deal underway in Doha, he said, the Trump administration has decided to cut US troop levels – which were at about 13,000 a year ago – to 2,500 by January 15.

At that level, he said, the US will hold “a couple” main bases and several smaller satellite bases in the country.

“We’re in the process of executing that decision right now,” Milley said.

“What comes after that, that will be up to a new administration,” he said, referring to President-elect Joe Biden, who will replace Trump in late January.

“We’ll find that out on January 20 and beyond,” Milley added. 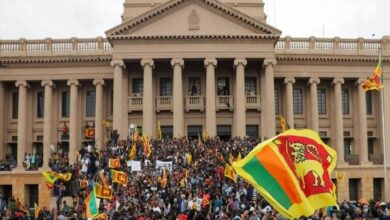