Dozens of Palestinian rights advocates have gathered near the White House to denounce a visit by Israeli Prime Minister Naftali Bennett to Washington.

Waving Palestinian flags and chanting against the occupation, the demonstrators on Thursday called on President Joe Biden to uphold his campaign promise to advance human rights globally.

Biden was set to meet Bennett at 11:30 (15:30 GMT) but the bilateral talks were moved to Friday as the White House turned its attention to the situation in Kabul where two explosions killed and wounded people outside the airport.

“The US is sending this message of moral authority, moral responsibility, but then they don’t do anything when the Israelis commit violence against Palestinians,” Yousef Abdelfattah, a 24-year-old protester, told Al Jazeera.

The activists invoked Israeli efforts to forcibly displace Palestinian families from their homes in the Jerusalem neighbourhood of Sheikh Jarrah and the blockade on Gaza, where Israeli forces have wounded dozens of protesters this week.

They urged Biden to end the “blank cheque” policy to Israel.

Laura Albast, an activist with the Palestinian Youth Movement, one of the groups that organised the protest, said Biden has failed to deliver on his promise of conducting a human rights-centred foreign policy.

“But we’re here to stay, and he will listen to us whether he likes it or not,” she said.

“This government will neither annex nor form a Palestinian state, everyone gets that,” he said, citing the delicate balance in his coalition cabinet that spans across the ideological spectrum in Israeli politics.

Albast, however, said de-facto annexation is continuing, even if it is not formally announced, noting Israeli policies against Palestinians in East Jerusalem, which Israel annexed in 1980.

Beckhams Family Welcome Their Followers Into Their Cosy Christmas From theatre director to crisis co-ordinator… and game show host 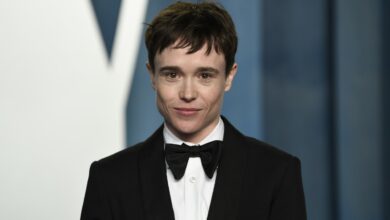