The Taliban’s dramatic takeover of Kabul has thrown the future of the US’s commitments to Afghanistan, as well as its broader relationship to the region, into doubt. Questions now loom about Washington’s continued investment in the neighbourhood and in particular the extent of its commitment to Afghanistan’s women and minorities, who face an uncertain future under a fast-changing political reality.

As the Taliban swept through Afghanistan in less than a week, statements from the Biden administration suggested dismay as well as frustration at the inability of the former Afghan government to hold its own against the Taliban. In the coming days, some of this frustration will undoubtedly be directed at former front-line ally, Pakistan’s security establishment, which many in the US see as sharing at least some of the blame for Washington’s failures in Afghanistan and the Taliban’s ability to ride out a war of attrition against the numerically superior and better equipped Afghan security forces.

While there has still been no direct contact between the Biden administration and Pakistan’s Prime Minister Imran Khan since January, well before the collapse of Afghanistan’s military, officials on both sides had been working together for months to try and expedite an intra-Afghan peace accord. There have also been quieter attempts away from the limelight to better the bilateral substance of the Pakistan-US relationship in recent months. Since the Taliban’s takeover, Pakistani officials have also said they will not recognise a Taliban government until a regional and international consensus on Afghanistan’s future is established.

But with Afghanistan now bracing for a difficult political transition that many in the US will likely see as a reminder of the strategic futility of a 20-year-old combat mission, it will not be easy for policymakers in Islamabad to convince the Biden administration of the necessity of an enduring bilateral partnership.

This does not bode well for regional stability, not least because Afghanistan’s current moment of political transition necessitates deeper rather than reduced Pakistan-US cooperation on the following four accounts.

First, despite the Taliban’s largely nonviolent takeover in Kabul, an orderly transition to an inclusive Afghan government under the Taliban, which does not exclude any political factions and upholds its counter-terror commitments, is still to be guaranteed. While most countries with skin in the game have held that a final settlement needs to be Afghan-owned and led, few players in the region have expressed the importance of this as frequently as Pakistan. Fewer still have equity and pull with nearly all of Afghanistan’s many political factions.

Furthermore, the US and Pakistan, along with China and Russia, sat together in the “Extended Troika” in Doha only weeks ago to consider plans put forward by Afghanistan’s High Council for National Reconciliation. The Council’s head, Abdullah Abdullah – along with Hamid Karzai and Gulbuddin Hekmatyar – is one of several key political actors who will be negotiating with the Taliban in the coming days. Furthermore, the Troika collectively agreed that an Afghan-led and Afghan-owned process was the only way forward for lasting peace and stability in Afghanistan, and also made clear to the Taliban their expectation that the group would fulfil its counterterrorism commitments, including preventing violent groups and individuals from using Afghan soil to threaten the security of other states. This contractual consensus offers a blueprint that can guide the continued engagement of key regional players with an inclusive transitional government, to ensure that political negotiations between the Taliban and other factions do not end in an impasse –  or worse – a descent into violence.

Second, any cutback in Pakistan-US coordination in the coming months could provide a boon to hardline groups such as al-Qaeda, the ISIL (ISIS) group and the Pakistan Taliban or the Tehreek-e-Taliban (TTP) in eastern Afghanistan that may try to use the Taliban’s routing of Afghan security forces, and the accompanying transition more generally, to regroup, foster instability, and launch attacks on civilian targets. While al-Qaeda remains a threat to US interests globally, it was also responsible for mid wifing a TTP reunification in 2019 which has since reinvigorated its attacks against the Pakistani state. While the Taliban turns its attention to power-sharing at the centre, the security vacuum outside Kabul, and in eastern Afghanistan in particular, will remain susceptible to terrorist exploitation until a viable political dispensation in Kabul is able to consolidate control across the country. With the US’s loss of a political and security partner government in Kabul, the CIA’s reliance on Pakistan’s security establishment for surveillance and intelligence through its embassy in Islamabad, which remains one of the largest in the world, may well increase. This is not an outrageous proposition, given that intelligence sharing and counterterror cooperation between the US and Pakistan has been extremely successful in going after and eliminating the TTP and al-Qaeda leadership in the Pakistan-Afghanistan borderland in recent years.

Third, Pakistan’s diplomats and legislators, along with stakeholders from Turkey, Qatar and China, can send clear messages to Afghanistan’s new political power-brokers about vital prerequisites for international recognition and international assistance, in the absence of which a less moderate Taliban-led government can be denied external legitimacy. In particular, the constitutional rights that have been afforded to Afghanistan’s women and minorities in the last 20 years can still be upheld but will require the international community to deftly get the Taliban to agree to a set of obligations and arrangements to abide by. Pakistan’s political parties can help play a vital supporting role, for instance, in spelling out clear consequences for Afghan trade and the cross-border movement of people and goods should the Taliban prevent women and girls from attending school or working in offices. In the immediate term, the Taliban might also be less averse to Pakistan’s vast network of civil society organisations and observers serving as monitors for the state of women’s rights than Western or UN-led organisations.

A fourth and final basis for more robust Pakistan-US engagement in the coming months has to do with the emerging humanitarian crisis in the region – namely refugees, the burden of which will fall squarely on Pakistan and Iran and to a lesser extent Turkey. Emergency US humanitarian assistance will be vital given the added complexity of managing incoming refugees in the midst of a ravaging pandemic, and will necessitate close and frequent engagement between the Biden administration in Washington and host governments on the ground.

Pakistan and Iran are already home to several million refugees, and Pakistan has already expressed an inability to take in more. The US can help provide crucial assistance to Islamabad to ensure that Afghans crossing over into Pakistan find reasonable shelter, and that arrangements can be made when feasible for dignified repatriation at the soonest. This could also provide the basis for a more durable and economic-oriented Pakistan-US bilateral relationship in the months ahead.There is no elegant way to lose a war but policymakers in the US must now choose to set aside their pride and work with regional partners to preserve the gains of the last 20 years. With Pakistan in particular, the US must privilege engagement and outreach over disengagement to shore up those gains, rebuild vital regional equity, and prevent further historical unravelling. 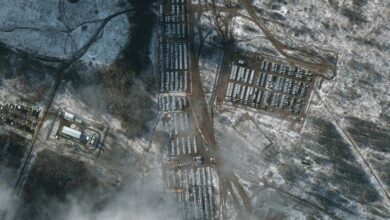 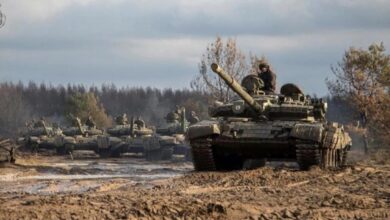