Talks between the United States and Iran on a nuclear deal are in a “sort of unclear place,” National Security Advisor Jake Sullivan said Friday.

US and Iranian diplomats are engaged in their third round of indirect talks in Vienna, with European officials and diplomats from Russia and China mediating between them.

While conflicting reports have emerged over the progress being made, Sullivan said it was still uncertain if there would be any tangible results.

President Joe Biden has prioritized rejoining the now-defunct 2015 nuclear deal, which was signed under Barack Obama. Former President Donald Trump withdrew from the JCPOA in 2018, citing its flawed and weak terms on Iran.

“We’ve seen the willingness of all sides, including the Iranians, to talk seriously about sanctions relief and nuclear restrictions, and a pathway back into the JCPOA, but it is still uncertain as to whether this will culminate in a deal in Vienna in the coming weeks,” Sullivan said during a webinar with the Aspen Institute. 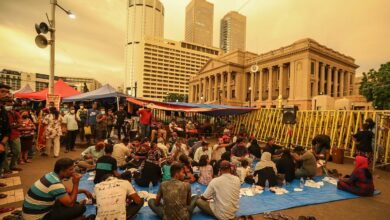