US Secretary of State Mike Pompeo on Friday met his counterparts from Armenia and Azerbaijan but there were no signs of progress in halting an eruption of fighting over contested Nagorno-Karabakh.

Pompeo shook hands and exchanged pleasantries but made no substantive remarks in separate meetings an hour apart at the State Department with Azerbaijani Foreign Minister Jeyhun Bayramov and Armenian Foreign Minister Zohrab Mnatsakanyan.

The foreign ministries in both Yerevan and Baku had ruled out a three-way meeting in Washington and Bayramov was seen leaving shortly before Mnatsakanyan arrived.

Bayramov said he told Pompeo that the “Armenian occupation must end” of Nagorno-Karabakh, a mountainous region recognized internationally as part of Azerbaijan that is controlled by Armenian separatists backed by Yerevan.

“We are committed to finding a political solution (to) the conflict and ready to resume substantive talks immediately,” Bayramov said in a statement after the talks.

Small groups of rival protesters backing Armenia and Azerbaijan confronted one another with slogans and signs outside the State Department, with a Diplomatic Security officer in a mask standing between them. 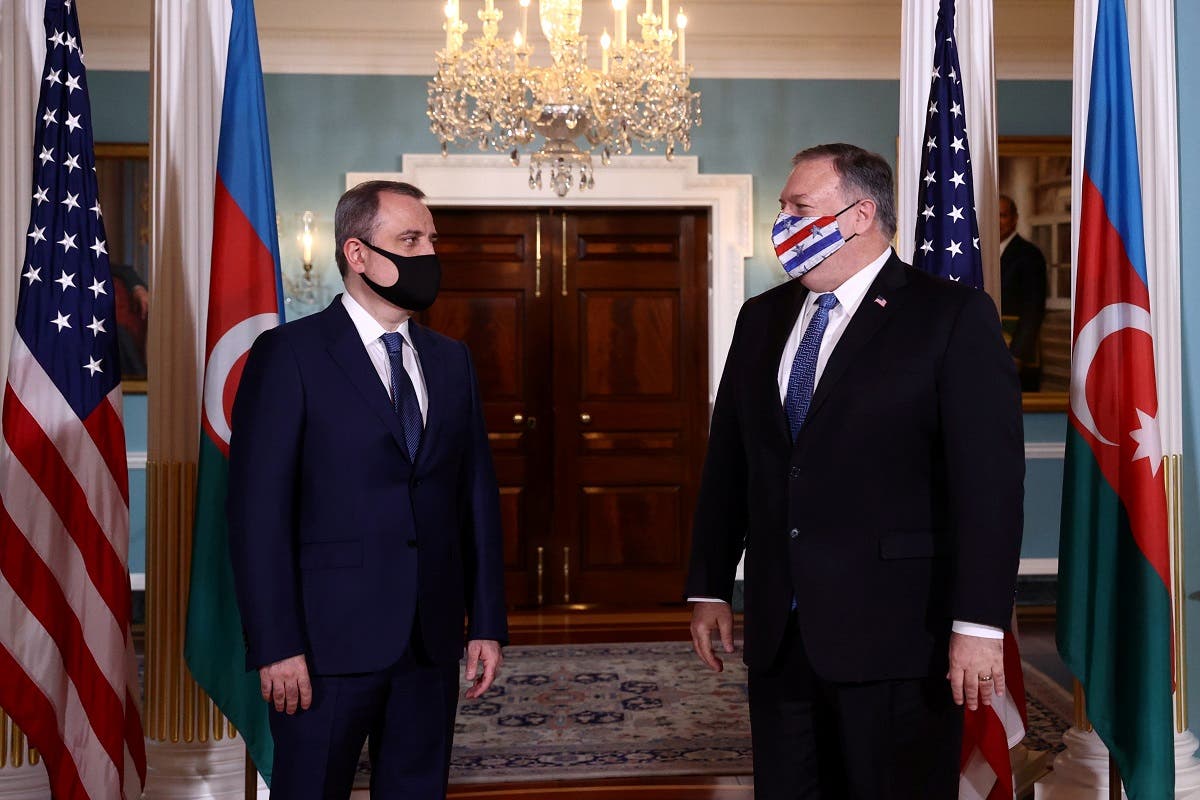 Ahead of the talks, Pompeo kept expectations in check, noting that previous ceasefires have not held.

“Our view remains, as does the view of nearly every European country, that the right path forward is to cease the conflict, tell them to de-escalate, that every country should stay out, provide no fuel for this conflict, no weapons systems, no support,” he said.

“It is at that point that a diplomatic solution that would be acceptable to all can potentially be achieved.”

Russia has been in the forefront of diplomacy between the two former Soviet republics.

Russian President Vladimir Putin said Thursday that the death toll was nearing 5,000 in the worst flare-up in Nagorno-Karabakh in more than two decades.

The United States has officially voiced neutrality and is a co-chair of the so-called Minsk group with Russia and France on Nagorno-Karabakh.

Pompeo, however, recently characterized Armenia’s actions as defensive and has criticized the involvement of Turkey, a staunch ally of Azerbaijan.

The United States has a large and politically active Armenian diaspora but also strategic ties with Azerbaijan, a rare Muslim-majority nation to have strong relations with Israel.