The US imposed fresh Iran-related sanctions targeting the steel sector on Tuesday, according to the Treasury Department’s website, continuing to increase pressure on Tehran in the final weeks of Donald Trump’s presidency.

Washington blacklisted more than a dozen entities and one person, according to the website.

“The US Department of the Treasury’s Office of Foreign Assets Control (OFAC) designated a China-based supplier of graphite electrodes, a key element in steel production, as well as twelve Iranian producers of steel and other metals products, and three foreign-based sales agents of a major Iranian metals and mining holding company,” a statement released by the US Treasury added.

The statement added that the Iranian metals sector is an important revenue source for the Iranian regime, generating wealth for its corrupt leaders and financing a range of nefarious activities, including the proliferation of weapons of mass destruction and their means of delivery, support for foreign terrorist groups, and a variety of human rights abuses, at home and abroad.

The sanctions were placed according to Executive Order 13871, which imposes sanctions on several sectors of the Iranian economy, including Iran’s steel sector, that according to the Treasury’s website continue to generate significant revenue for the Iranian regime. 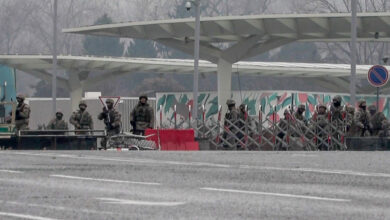