An American guided-missile destroyer came to the aid of an Iranian flagged vessel in distress in the Arabian Sea, an international maritime coalition said Friday.

The dhow broke down due to a motor problem and launched a distress call to the USS Winston S. Churchill on Thursday, according to the Combined Maritime Forces.

“When hailed over bridge-to-bridge radio, the vessel’s crew explained that their engine would not start due to a dead battery and they had run out of food and water,” the coalition said in a statement.

The missile destroyer’s “boarding team transited to the dhow via a rigid-hull inflatable boat… and conducted an initial seaworthiness inspection. They provided the mariners with food and water,” it added. 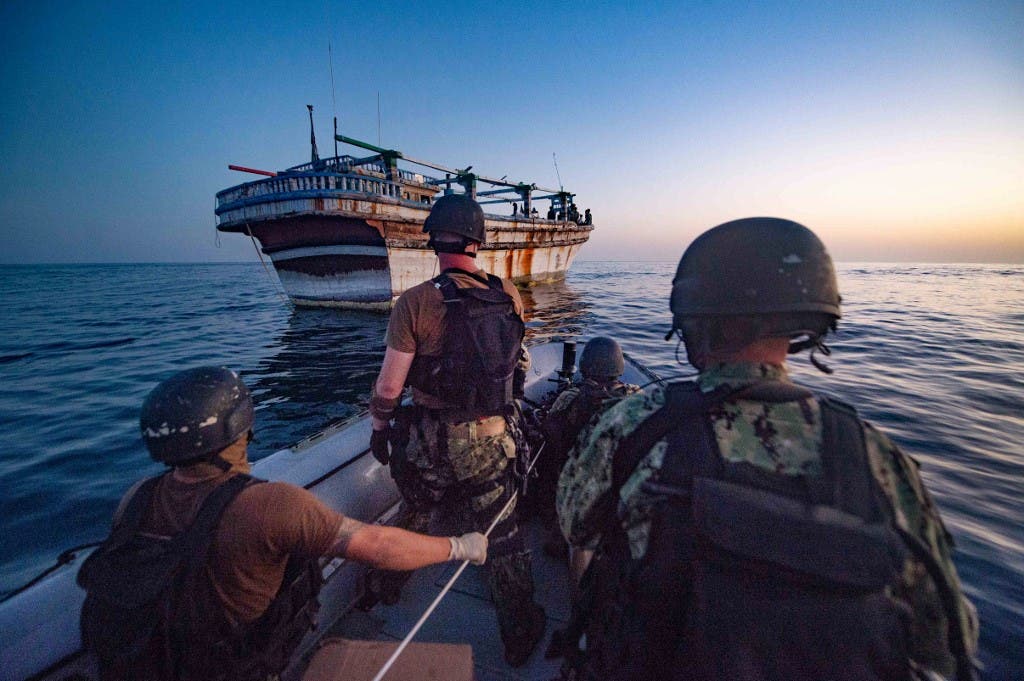 A handout picture released on October 15, 2020 by the Combined Maritime Forces (CMF) shows crew of the destroyer USS Winston S. Churchill heading to provided assistance to an Iranian-flagged motor vessel in distress in the Gulf water off Oman. (AFP)

The USS Churchill established that it was not carrying the type of battery the vessel required, so it sought assistance from Oman’s coastguard, which duly arrived to “render further assistance,” the statement said.

The US and Iran are sworn enemies and often exchange heated rhetoric, accusing one another of terrorism.

International maritime convention stipulates that ships must assist any boat in distress, regardless of nationality.

The US Fifth Fleet, hosted by Bahrain, is responsible for protecting oil shipping in the Gulf.

The Combined Maritime Forces is a 33-nation coalition that brings together the US, Turkey, Pakistan and European powers to patrol international waters in the Middle East, home to some of the world’s most important shipping lanes.

US cancels over 1,000 visas for Chine