Federal authorities have charged four men in connection with a failed effort last week to pull down a famous statue of former President Andrew Jackson near the White House.

In a complaint unsealed on Saturday, authorities allege that four men were among a group that damaged and attempted to tear down the Jackson statue, which is located in Lafayette Square, last Monday. The square has been the site of protests in the aftermath of George Floyd’s death in police custody in Minneapolis.

The prosecution comes as Trump has ramped up threats against those who tear down federal monuments as part of a national movement to remove statues of contentious historical figures from public spaces.

Jackson was the seventh president of the United States and a slave owner. In 1830, he signed into law the Indian Removal Act, leading to the deadly expulsion of Native Americans from territory east of the Mississippi River. The forced relocation of some 60,000 Native Americans, a process in which about 4,000 people died, has become known as the “trail of tears”.

Trump took to Twitter after the attempted toppling of the prominent statute, calling it “disgraceful vandalism”. On Friday, he signed an executive order pledging to enforce prosecution of protesters who deface public memorials.

After the charges were announced, White House spokeswoman Kayleigh McEnany tweeted that Trump “was prosecuting individuals tearing down our statues to the fullest extent of the law”.

The charged men are Lee Michael Cantrell, 47, of Virginia, Connor Matthew Judd, 20, of Washington, DC, Ryan Lane, 37, of Maryland, and Graham Lloyd, 37, of Maine. They can be seen in widely circulated videos of the attempt to tear down the statue, according to a statement from the US attorney’s office for the District of Columbia.

US to hand over 3,500-year-old ‘Gilgamesh’ tablet to Iraq ‘UNSC should step in to protect Indian minorities’ 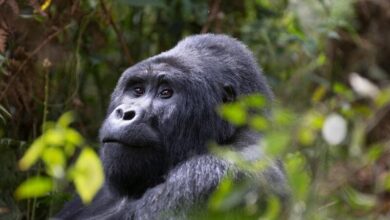