The US Federal Aviation Administration (FAA) said on Monday it has launched a program to help make it easier for staff overseeing Boeing and other airplane manufacturers to report safety concerns.

The survey gave ammunition to critics who argued in the aftermath of two fatal Boeing 737 MAX crashes that the FAA had
not done enough to insulate employees from industry pressure.

The FAA said on Monday the new program for the 7,400 employees in its Aviation Safety office will allow them to
report confidentially any safety concerns without fear of punitive action.

“We can never be satisfied with the status quo when it comes to safety, and the free exchange of vital information is a
cornerstone of safety and continual improvement,” said FAA Administrator Steve Dickson in a statement.

“We want our employees to know that when they speak up, they can be sure someone is listening.”

The survey, conducted in late 2019 and early 2020, quoted one anonymous FAA employee as saying there was a message of, “Don’t rock the boat with Boeing.”

Reuters reported in August that the FAA was moving to create a Voluntary Safety Reporting Program — a confidential “non-punitive environment that encourages open reporting of aviation safety issues and concerns.”

The FAA said it worked closely with union leaders on how to structure the new program.

“The more we can continue to encourage people to report, the more we can influence the safety in the system,” Paul Rinaldi,
president of the National Air Traffic Controllers Association, which represents engineers and other Aviation Safety employees,
said in a statement.

The 737 MAX was grounded for 20 months after two crashes in five months killed 346 people.

A House of Representatives report released in September said the two fatal 737 MAX crashes “were the horrific culmination of
a series of faulty technical assumptions by Boeing’s engineers, a lack of transparency on the part of Boeing’s management, and
grossly insufficient oversight by the FAA.”

The FAA’s top safety official Ali Bahrami announced June 2 he would retire effective June 30. Bahrami had faced criticism
from some US lawmakers and family members of those killed in the 737 MAX crashes. Officials said it was Bahrami’s decision to
step down. 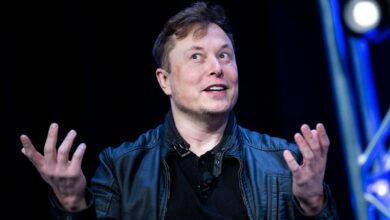