“They reject what they and their international backers, and the UN, call illegal referendums lacking any kind of legal legitimacy whatsoever,” Stratford said.

“Russia doesn’t fully control any of the four regions … [and] for the Ukrainians, this draws attention to the farcical nature of these votes.”

The European Union will step up protection of its energy infrastructure following leaks along the Nord Stream gas pipelines, the bloc’s foreign policy chief has said.

“All available information indicates those leaks are the result of a deliberate act,” Josep Borrell said in a statement.

“We will support any investigation aimed at getting full clarity on what happened and why, and will take further steps to increase our resilience in energy security,” he added.

Canada to impose new sanctions on Russia over ‘sham referendums’

“Canada does not and will not ever recognise the results of these sham referendums or Russia’s attempted illegal annexation of Ukrainian territories,” Trudeau said in a statement.

The EU has denounced the Russian-engineered referendums held in four occupied regions of Ukraine as “illegal”.

“This is another violation of Ukraine’s sovereignty + territorial integrity, amidst systematic abuses of human rights,” he added.

Denmark raises alarm over security in the Baltic Sea region

Denmark’s defence minister has warned there is reason to be concerned about Russia’s actions in the Baltic Sea region following several leaks on major gas pipelines which European leaders have attributed to “sabotage”.

“Russia has a significant military presence in the Baltic Sea region and we expect them to continue their sabre-rattling,” Morten Bodskov said in a statement following a meeting with Stoltenberg, NATO’s secretary-general, in Brussels.

Norway sees no specific threat to its offshore oil and gas sector following leaks on the Nord Stream pipelines in the Baltic Sea and sightings of drones in the North Sea, the country’s prime minister has said.

Jonas Gahr Stoere told news agency NTB on Wednesday that Norway, a NATO member state, had not asked for military assistance from its allies in the wake of the incidents.

NATO’s secretary-general has attributed recent leaks on two major gas pipelines from Russia to Europe to acts of “sabotage”.

“Discussed the sabotage on the NorthStream pipelines with Defence Minister Morten Bodskov,” Stoltenberg said on Twitter, referring to the Nord Stream 1 and 2 pipelines.

Stoltenberg said the pair had also “addressed the protection of critical infrastructure in NATO countries”. 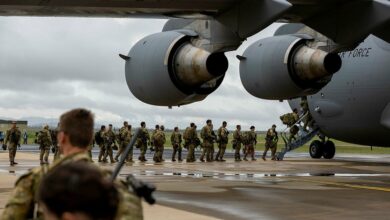 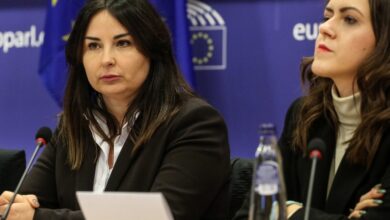