The US Special Envoy for the Horn of African Jeffrey Feltman will start on Thursday a trip to the UAE, Egypt and Turkey to discuss international efforts for a diplomatic resolution to end the conflict in Ethiopia, the State Department said on Wednesday.

The US has repeatedly called on the Ethiopia’s government and Tigrayan forces cease hostilities immediately, but fighting remains ongoing. Washington, among other global capitals, has called on citizens to depart Ethiopia as soon as possible.

The year-long war between Ethiopian Prime Minister Abiy Ahmed’s government and the Tigray People’s Liberation Front (TPLF) has claimed the lives of tens of thousands and displaced more than two million people.

The violent confrontation is expected to escalate as the Tigrayans and eight allied anti-government factions march on Addis Ababa.

Ethiopia’s parliament declared a state of emergency in November, and the military prepared for a confrontation with Tigrayan forces and has asked retired military personnel to rejoin the army to fight.

Is The Algerian President Falsely Accusing a Journalist of Spying For France? 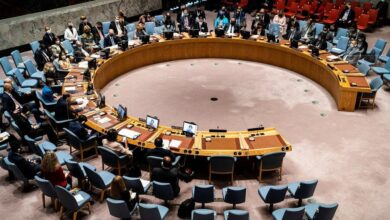