Arizona’s Kyrsten Sinema, formerly one of the most conservative Democrats in the US Senate, has ditched her former political party, declaring herself an independent in a move that may shake the Democrats’ narrow majority in the chamber.

Sinema announced her decision on Friday, days after Democrat Raphael Warnock won a Georgia run-off election solidifying the party’s control of the Senate in the next Congress, which takes office early next month.

“I registered as an Arizona independent,” Sinema wrote in an op-ed published in The Arizona Republic newspaper. “Like a lot of Arizonans, I have never fit perfectly in either national party.”

It is unclear how Sinema’s switch will affect the partisan makeup of the incoming Senate, where Democrats have a 51-49 majority. But after Warnock’s victory, the party can afford to lose one seat. In an evenly split Senate, Democratic Vice President Kamala Harris would serve as the tie-breaker.

Sinema, 46, told Politico that her move will not change the “Senate structure”. She said she will not caucus with Republicans, but she will no longer attend Democratic Caucus meetings either. The news outlet cited the senator as saying that she “expects” to keep her committee assignments through the Democratic Party.

The White House praised Sinema as a “key partner” on Friday, invoking her work to pass major laws backed by President Joe Biden, including the Bipartisan Infrastructure Law and the Inflation Reduction Act.

“We understand that her decision to register as an independent in Arizona does not change the new Democratic majority control of the Senate, and we have every reason to expect that we will continue to work successfully with her,” White House spokeswoman Karine Jean-Pierre said in a statement. 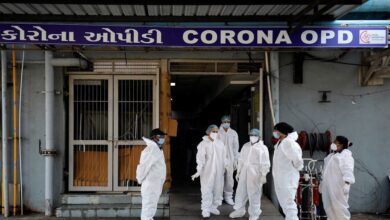 In 10 weeks, omicron surge causes COVID-19 cases to soar: WHO