The Biden administration on Monday defended its decision not to apply sanctions on Saudi Crown Prince Mohammed bin Salman (MBS) for the 2018 killing of Saudi journalist Jamal Khashoggi.

“We are working to put the US Saudi relationship on the right footing,” State Department spokesman Ned Price said at a news conference in Washington defending the Biden administration’s decision not to sanction the crown prince, who is the de facto ruler of Saudi Arabia.

The Biden administration is seeking to “recalibrate”, not “rupture” the US-Saudi relationship, Price said.

The administration’s decision not to punish the crown prince drew harsh criticism from the publisher of the Washington Post, where Khashoggi was a columnist.

Accusing Biden of breaking his campaign promise to make the Saudi regime “pay the price” for the killing of Khashoggi, Post publisher Fred Ryan wrote, “It appears as though under the Biden administration, despots who offer momentarily strategic value to the United States might be given a ‘one free murder’ pass.”

The US Department of State on February 26 put 76 Saudi nationals on a no-travel list and the Treasury Department imposed financial sanctions on Saudi officials involved in the killing of Khashoggi but Crown Prince Mohammed was not included.

The sanctions were announced after the Office of the Director of National Intelligence released a declassified report prepared by the CIA and other US spy agencies assigning responsibility for the operation that killed Khashoggi to MBS.

“The choices Riyadh makes will have outsized implications for the region,” Price said.

“Our goal in all of this is to be able to shape those choices going forward. That’s why we have talked about this not as a rupture but as a calibration to ensure that we retain that influence in what we need for our own interests.”

Price said since Joe Biden was elected US president, Riyadh has taken “steps in the right direction” by releasing women’s rights activist Loujain al-Hathloul and two dual Saudi-US citizens, as well as ending the Saudi-led blockade against Qatar.

The ODNI report said US intelligence agencies had concluded more than a year ago that the Saudi crown prince had approved the operation by members of his protective detail to capture or kill Khashoggi in the Saudi consulate in Istanbul, Turkey.

The Saudi Foreign Affairs Ministry on Friday rejected the US report as inaccurate. Saudi officials have denied MBS was involved in Khashoggi’s death.

The names of Abdulla Mohammed Alhoeriny, Yasir Khalid Alsalem, and Ibrahim al-Salim were not listed in a revised version of the ODNI report placed on the agency’s website.

“We put a revised document on the website because the original one contained three names which should not have been added,” according to an ODNI spokesperson.

The office did not offer any further explanation for the error.

The new ODNI version of the report lists 18 people in addition to MBS as having “participated in, ordered, or were otherwise complicit in or responsible for the death of Jamal Khashoggi”. 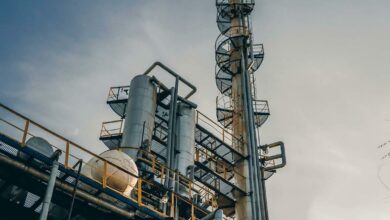