A still-grieving Philonise Floyd, the brother of George Floyd, testified on Wednesday before the United States Congress in support of police reforms proposed by Democratic politicians.

“I’m tired. I’m tired of pain, the pain you feel when you watch your big brother – who you looked up to your whole life – die, begging for his mom,” Floyd said.

“He did not deserve to die over 20 dollars. Is that what a Black man’s life is worth?” Floyd asked, as he called for justice for his late brother – whom friends and family called “Perry”.

Now, Democrats in the House of Representatives have introduced sweeping reform legislation to address police brutality. The bill is headed for a vote in the House by the end of June, but faces opposition from Republicans and President Donald Trump, setting up an emotionally-charged political contest going into November’s US elections. 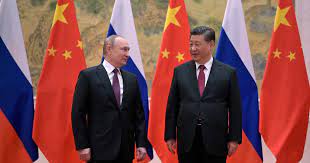 Qatar, Turkey to work together on stabilising Afghanistan