Rights groups and charities have raised questions over the United States military coordinates of civilian harm in Iraq and Syria released last week by the United Kingdom-based watchdog, Airwars.

In a data-sharing agreement hailed by the non-profit as a “groundbreaking decision by the US-led Coalition”, Airwars made public the geographic coordinates of 341 confirmed incidents of civilian harm and roughly 1,400 civilian deaths since the war against ISIL (ISIS) started six years ago.

During the campaign to retake the ISIL-occupied territories in Iraq and Syria, the battles for Mosul and Raqqa marked the height of destruction and civilian casualties.

Airwars estimated that more than 13,000 non-combatants were confirmed killed in the campaign due to the coalition’s actions since 2014. The coalition puts that number at just 1,410.

Once prominent commercial and cultural centres in the region, the two cities were razed to the ground by coalition air raids in the name of liberation. According to the United Nations, much of the old city of Mosul and 70 percent of Raqqa were destroyed. 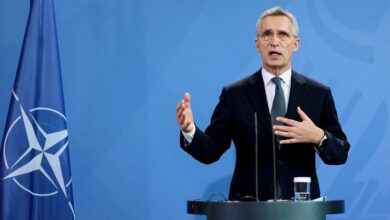 Explainer: What are NATO’s next steps if Russia invades Ukraine? COVID-19 pandemic is ‘far from over’: WHO official