Racism, religious fanaticism and inequality are the three underlying themes defining the US and Israeli elections and shaping the long-term futures of the two countries.

The incumbents, US President Donald Trump and Israeli Prime Minister Benjamin Netanyahu, are at the same time byproducts and drivers of deepening ideological, religious and economic polarisation in both countries.

Just as Trump is leading a coalition of angry right-wing, white Protestants which caters to corporate America, so is Netanyahu heading a hateful alliance of radical right-wing Zionists and fanatically religious Israelis which also looks after big business interests in Israel.

The two septuagenarians have proven incredibly tenacious and utterly resilient despite major legal and political woes.

Both are seen, especially by their detractors, as “racists”, “liars” and in bed with billionaires, certainly one particular billionaire, Zionist casino mogul Sheldon Adelson, who helped bankroll both their campaigns in return for working to legitimise the illegal Israeli occupation of Palestinian land.

Indeed, nowhere has their unholy alliance been more pronounced than in Trump and Netanyahu’s closely coordinated assault on Palestinian rights, which culminated in the condescending racist plan dubbed, rather comically, “the deal of the century”.

As Adelson and other Jewish leaders dominated the White House celebration of the release of the plan, absent was not only Palestinian representation but also members of the growing Jewish American movement that opposes Netanyahu’s political bellicosity and Trump’s diplomatic mockery.

And then came Bernie Sanders.

Calling a racist a racist

The Democratic candidate for the presidency does not mince his words.

He has opposed much of what both incumbents stand for ideologically and politically, and has long accused Trump of dishonesty, corruption and racism.

But as a proud Jewish American he has now attacked another proud Jew, the Israeli prime minister himself, calling him a “reactionary racist” during a key national televised debate.

He has also spoken of freeing America from the pro-Israel lobby mantras in order to redress Israeli injustices and help realise Palestinian national rights on an equal footing with Israel.

To do so, he threatened to use America’s huge aid to Israel as leverage to pressure Israel to do the right thing, and even warned that he may consider moving the US embassy back to Tel Aviv if he becomes president.

Thus, criticising Israel, which has long been seen as political suicide, suddenly started to look like a politically savvy move, as Sanders started rising in the polls.

This may not be so surprising considering that nationally, a lot of Americans agree with his views on Israel. A 2019 Pew Research poll shows that 51 percent of Americans and 67 percent of Democrats view the Israeli government unfavourably.

Most Americans, certainly most Democrats, including Jewish Americans, also agree with Sanders on Trump.

In a 2018 poll by the Associated Press-NORC Center for Public Affairs Research, 57 percent of Americans – including 8 out of 10 black people, three-quarters of Hispanics and nearly half of all white people – said Trump is a racist. Among Democrats, about 85 percent considered Trump a racist, while (only) 21 percent of Republicans did.

If you think Trump may have improved since, think again. Trump has, in fact, doubled down on racism, attacking three Congresswomen of colour and telling them to “go back” to their countries. Michigan-born Palestinian American Rashida Tlaib was one of them.

Needless to say, most if not all Palestinians also consider Netanyahu and Trump racists. But only a minority of them gets to vote in the Israeli elections. The majority, who have been living under Israeli occupation for over five decades, have no right to vote against their tormentors.

Sanders’s candidacy and declarations are sure to have a long-term impact on the influential American Jewish community and its traditional support for Israel.

His loud criticism has long been whispered among certain narrow Jewish circles in America.

What started as a critique of Israeli policies on university campuses, by the likes of Noam Chomsky and Richard Falk, was then broadcast to a larger public by comedy shows like Jon Stewart’s The Daily Show, expanded upon by a younger generation of public intellectuals like Peter Beinart, mutated into think-tank positions by the likes of Henry Siegman, publicised in the pages of progressive publications like The Nation, pronounced as policy statements by the alternative Jewish lobby J-street, and now seems to have culminated in the emergence of a new popular movement critical of Israel’s occupation.

This new nationwide movement includes Zionists and non-Zionists, religious and secular people, moderates and progressives, all of whom take exception with the growing political fanaticism of the Jewish lobby AIPAC and its unconditional support for Israel.

Many of those critics could be found among the 78 percent of Jewish Americans who voted for Barack Obama, making him, in the words of some, the first “Jewish President”, or as the former president himself put it, “an honorary member of the tribe”.

Indeed, Obama garnered more Jewish votes than Netanyahu did in Israel, giving him no less legitimacy among Jews during their various showdowns over Iran or Palestine.

If, like Obama, Sanders continues to make progress and even clinches the nomination despite efforts by pro-Israeli circles to undermine his campaign, he could be in a position not only to transform the Democratic Party and US politics, but also the politics of American Jews towards Israel.

His unprecedented attack on Israel’s lobby last week, calling it a platform for “bigotry”, has already helped discourage other Democratic candidates from attending in person AIPAC’s annual conference, with the exception of Michael Bloomberg, who seems desperate for its support.

Even if Sanders falls behind in the primaries, he has already let the genie out of the bottle. Young Americans, including American Jewish youth from all walks of life, are determined to take a fresh and daring stance on religious fanaticism, racism and inequality in both the United States and Israel.

No Democratic nominee will be able to win without them, as Hillary Clinton learned the hard way in 2016.

Today, they stand evermore united against Trump’s white supremacist and fanatical evangelical supporters who love Israel, because of a biblical prophecy, but hate Jews.

This is a hugely important milestone in the fight against both racism and anti-Semitism.

And just as America is destined to become a pluralistic multiracial, multicultural nation, so is Jewish Israel as it devours Palestine.

American and Israeli chauvinists are racing to secure and preserve their privileges, demonising and attacking their opponents, but time is not on their side. 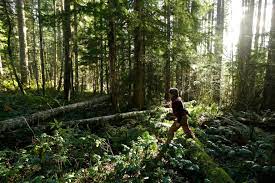