A federal appeals court ruled that US border agents do not need warrants to search travelers’ smartphones and laptops at airports and other US ports of entry, a practice that grew during the Trump administration.

The 1st US Circuit Court of Appeals in Boston late on Tuesday ruled against 11 travelers subjected to warrantless device searches at the border who argued that current policies governing them were unconstitutional.

Policies of the US Customs and Border Protection (CBP) and US Immigration and Customs Enforcement allowed agents to perform suspicionless, “basic” device searches and more-intrusive, “advanced” searches with reasonable suspicion of a crime.

The number of electronic device searches at the border ballooned during former Republican President Donald Trump’s administration from 30,200 during the 2017 fiscal year to 40,913 in 2019.

US District Judge Denise Casper in 2019 declined to force agents to have probable cause and secure warrants before searching devices, but she said they must have reasonable suspicion that the devices contained contraband.

But US Circuit Judge Sandra Lynch, writing for a three-judge panel, said basic border searches do not need to be supported by reasonable suspicion and said a warrant requirement would “hamstring” agents at the busy borders.

Lynch added that the ruling does not prevent policies or laws from being adopted that would provide greater privacy protections than the Constitution requires.

“Congress is better situated than the judiciary to identify the harms that threaten us at the border,” she wrote.
Esha Bhandari, an ACLU attorney, said it was disappointed and is “evaluating all options to ensure we don’t lose our privacy rights when we travel.” 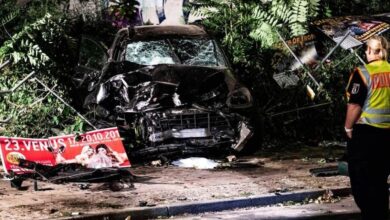