But the former Adidas boss has a simple, yet ingenious, business model – he buys unwanted tops from professional sports teams, upcycles them into merchandise and sells it back to them.

He first began the business with Portland Trail Blazers shirts, a professional basketball team in the US.

“They came to us with jerseys of four players that were traded and they wanted us to create something for one of their green games,” Mr Hamlin says.

Mr Hamlin’s company Looptworks used the material from the jerseys to create a scarf, sling bag and toiletry bag. The company then sold back the finished products to the Trail Blazers, who sold the items at their team store and online.

Once others saw Looptworks’ handiwork it soon found itself with more orders from NBA clubs.

Can we fix our way out of the e-waste problem?
What happens to all the old wind turbines?
The NBA has strict rules around its official sports tops, which are not allowed to be sold once players are traded (when a player is transferred from one club to another), if they retire or if the sponsor changes.

This means that a club can get stuck with hundreds, sometimes thousands, of unsellable items.

As a veteran of the sportswear and outdoor clothing industries, Mr Hamlin saw first-hand the huge amount of waste being produced.

He estimated about 15%-30% of all materials in the development and production process went unused, often going to the incinerator or landfill.

”It hit me, what we really need to do is just stop… and not create any new materials until we use the ones that already exist,” he said.

That inspired Mr Hamlin to set up Looptworks, with the mission to “close the loop”, by taking excess textiles and transforming them into consumer goods such as bags, accessories and clothing.

Mr Hamlin thinks upcycling – defined as the process of reusing waste materials to create a product of higher value or quality – is a better solution than recycling. ”Upcycling is different from recycling because then you are grinding up materials and adding more energy footprint to the material, which is better than burning or landfilling, but not as efficient as upcycling.” 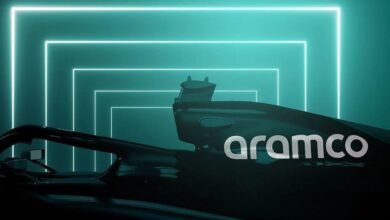 Russia’s economic forum to be far smaller but moves forward