“I have urged Lebanon’s political leaders to implement reforms that respond to the demands of the Lebanese people for greater welfare, accountability, protection, and transparency, in order to restore hope for a better future.”

Lebanon’s currency has lost more than 90 percent of its value since 2019, and three-quarters of the population has now fallen into poverty as Lebanon’s economic crisis continues to worsen. Hundreds of thousands of families are in need of humanitarian aid.

The UN secretary-general landed in Beirut on Sunday afternoon for what he described as a “solidarity” visit ending on Tuesday.

Lebanese leaders have called on the international community to support the crisis-hit country with aid for social protection programmes, action on Israeli violations of Lebanese airspace and borders, and help to facilitate Syrian refugee returns.

Guterres, in turn, called for Lebanon to end more than two months of political paralysis, and to work effectively to implement reforms and respond to the economic crisis.

The Lebanese government has not met in more than two months following disagreements about the Beirut Port blast investigation, street clashes in October, and a continuing diplomatic dispute with Saudi Arabia, Bahrain, the United Arab Emirates, and Kuwait.

“Seeing the suffering of the people of Lebanon, Lebanese leaders do not have the right to be divided and paralyse the country,” Guterres said.

Guterres also met senior religious officials on his visit, and visited the cities of Tripoli and Tyre to hear testimonies from residents there. He visited the Beirut Port to pay tribute to the victims of the blast on August 4, 2020, which killed more than 200 people and wounded 6,500 others, and met UN peacekeepers along the country’s southern border.

The UN chief stressed the importance of a transparent and impartial investigation into the blast, which has stalled for more than a year.

At the same time, he called on the international community to not only sustain aid to the Lebanese Army, but to increase their support to ensure Lebanon’s security, and to increase assistance to the cash-strapped country. On Monday, Guterres said that only 11 percent of the UN’s humanitarian response plan for Lebanon has been funded.

Guterres said he stressed the importance of formal negotiations with the International Monetary Fund for a bailout programme and holding elections, during his meeting with Lebanese officials.

Lebanese officials have struggled to renew negotiations with the IMF since talks fell through in July 2020. They had hoped to come to an agreement by the end of the year, but have yet to present a new recovery plan for negotiations.

The international community has urged Lebanon to reach an agreement with the IMF for a bailout programme in order to unlock billions in financial assistance to help restructure and repair the economy. 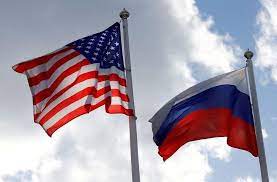