The wide-ranging experience and past roles in the fields of finance and economy of Mohammad al-Tuwaijri, Saudi Arabia’s nominee for the chief position of the World Trade Organization (WTO), makes him a frontrunner for the position, according to Forbes Middle East.

“Saudi Arabia has nominated Mohammad al-Tuwaijri to become director-general of the World Trade Organization (WTO) and he is considered a frontrunner for the job. He is among a few key people in Saudi Arabia who handle a large and diverse responsibilities and is a key advisor to the Saudi Crown Prince Mohammed Bin Salman when it comes to finance and Economy,” wrote Jason Lasrado, a Forbes Middle East staff member.

“Al-Tuwaijri’s experience is unique. He started his career as a fighter pilot for the Saudi Air Force. He then joined the corporate world as a senior banking executive, where he was CEO of HSBC Middle East. Prior to that he had also worked for in J.P Morgan Saudi Arabia and Saudi British Bank,” added Lasrado, who helps compile the popular rankings and lists at Forbes Middle East. 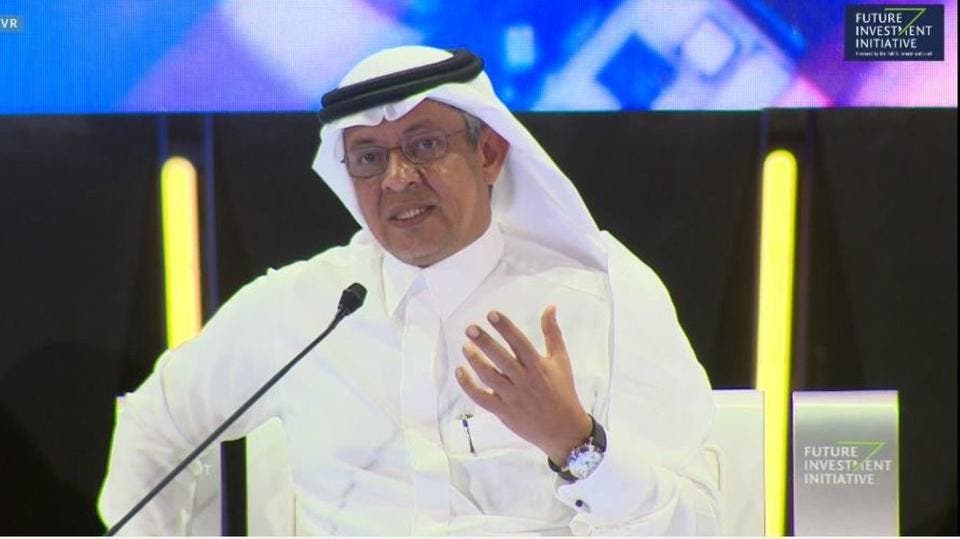 Al-Tuwaijri has previously been the Kingdom’s Minister of Economy and Planning since 2016.. (File photo)

Earlier this month, Saudi Arabia formally nominated Mohammad al-Tuwaijri, the Kingdom’s former Minister of Economy and Planning, to become the next director-general of the World Trade Organization (WTO).

The WTO post will become vacant at the end of August after incumbent Roberto Azevedo said he would leave the position a year early.

Al-Tuwaijri was Saudi Arabia’s Minister of Economy and Planning between 2016 and 2020, where he oversaw part of Kingdom’s ambitious economic transformation plan.

Al-Tuwaijri obtained a master’s degree with honors in Business Administration from King Saud University in 1998 and went on to hold several leadership roles during his career.

He was also a member in the Kingdom’s Council of Ministers and the Council of Economic and Development Affairs from 2017 to 2020. He then assumed the position of Deputy Minister of Economy and Planning as well as the Secretary-General of the Finance Committee at the Royal Court from 2016 to 2017. He also held the role of Vice Chairman the Kingdom’s National Development Fund, chaired by the National Transformation Program.

“He is among a few key people in Saudi Arabia who handles a large and diverse responsibilities and is a key advisor to the Saudi Crown Prince Mohammed Bin Salman when it comes to finance and Economy,” Lasrado added.