Eleven years of war in Syria have devastated the country and its people beyond what words are capable of relaying.

This, however, has not deterred the United Nations International Children’s Emergency Fund (UNICEF) from striving to educate the public on what Syrians, and specifically Syrian children, face.

Every year UNICEF releases an annual report with updated statistics and stories centered around children in Syria. Their latest report, titled Syria 11, details “the impact of 11 years of war in Syria on children and childhood.”

The personal stories included in the report are both heartwarming and heartbreaking, and the data points are staggering to the point of being difficult to comprehend.

Notably, UNICEF reported that 90% of people in Syria live in poverty and 12 million people (54% of Syria’s population) are food insecure.

UNICEF also reported that one-third of children in Syria show signs of psychological distress, only 2% of households confirmed their ability to meet the basic needs of all family members and 17% of internally displaced households have one or more children who are not in school.

UNICEF Syria Representative Bo Viktor Nylund said, “Nearly five million children have been born in Syria since 2011. They have known nothing but war and conflict. In many parts of Syria, they continue to live in fear of violence, landmines and explosive remnants of war.”

But in addition to the data reflecting a harsh reality, UNICEF’s Syria 11 report includes stories that give hope for a better future however bleak that future might appear.

Stories like “Regaining Confidence and Love for Learning,” “Finding Strength to Heal From Loss and Trauma” and “Striving for a Better Future” all tell of the horrors Syrian children have faced in the past while highlighting what they’re doing to move forward.

That path forward is by no means free of hardship, and UNICEF has repeatedly emphasized children in Syria are in dire need of assistance for the present and future, but it does show the potential for improving Syrians’ lives even if by a marginal amount. Why Did They Glue Themselves to a Vatican Museums Sculpture? 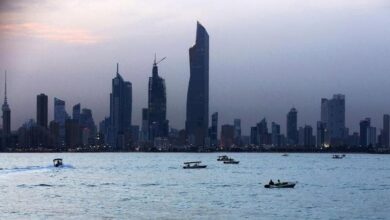