A photo exhibition of Lut Desert is currently underway in Master Esmaeli Gallery in the northeastern city of Birjand on the occasion of the 4th anniversary of the desert’s inscription on UNESCO World Heritage list.

The exhibit, which displays photos by Iranian photographer Iman Behdani, aims at promoting tourist attractions of the UNESCO-registered Lut Desert in the barren heartland of Iran, IRNA reported on Sunday.

Due to the outbreak of the coronavirus in the country, the exhibit can be visited online as well, the report added.

The exhibit will continue until Tuesday.

The Lut Desert, widely referred to as Dasht-e Lut (“Emptiness Plain”), is a large salt desert encircled by the provinces of Kerman and Sistan-Baluchestan, and South Khorasan. It is the world’s 27th-largest desert and was inscribed on UNESCO’s World Heritage List on July 17, 2016.

The Lut Desert is teemed with giant dunes, shifting sands, salt plains, and wind-hewn kaluts, offering visitors epic journeys of breathtaking beauty and wilderness. It is a destination for people who are in search of new adventures; outstanding scenery and unparalleled serenity

The scorching desert is also being considered as one of the top areas in the world for finding meteorites, thanks to its unique parameters. In recent years, significant finds have been made, with the efforts of national and international teams of researchers.

Seven years of satellite temperature data analyzed by NASA show that the Lut Desert is the hottest spot on Earth. Based on the research, it was hottest during 5 of the 7 years and had the highest temperature overall: 70.7°C in 2005. 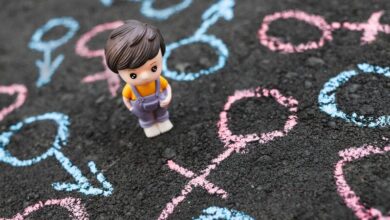 Headless Gymnastics at Tokyo Olympics! Is it Even Possible?