Mass protests returned to the squares of Beirut and other cities around Lebanon Tuesday, after more than a month of lockdown during which the demonstrations had largely been on hold.

Activists organized a car convoy Tuesday to coincide with the first day of a three-day Parliament session in which some controversial measures are up for discussion, including a proposed general amnesty that would potentially result in the release of thousands of prisoners.

Nationwide protests kicked off in mid-October amid deteriorating economic conditions, but those who remained in the squares returned home as a state of medical emergency was declared on March 15 and lockdown measures were further extended until April 26.

Protesters have returned to Beirut’s Martyr’s Square, in a “car march” although not all are staying in their cars. Most, but also not all, are wearing masks. 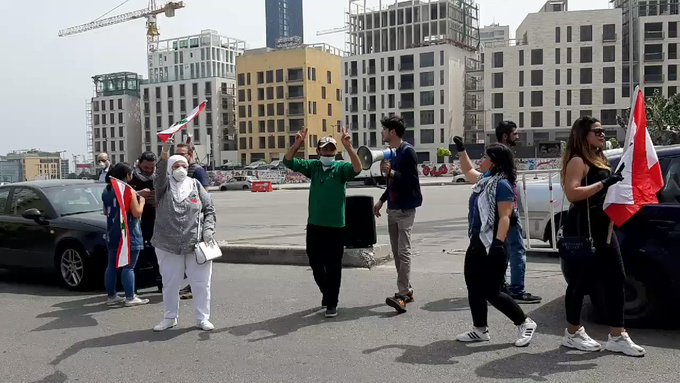 But conditions have worsened, and protesters have returned to the main square in downtown Beirut.

In Beirut, dozens of cars circled Martyr’s Square in downtown, with protesters waving flags from the windows, while some descended to the street – most wearing masks, but some not. Due to quarantine-related measures taken by the government, only cars with license plates ending in even numbers can drive on Tuesdays, so a second protest was planned for Wednesday, when odd-numbered cars are allowed to drive.

Beyond specific proposals before Parliament, protesters said they are upset with the country’s economic situation, which has worsened during the quarantine, and the lack of aid from the state.

“We left the squares because our health is more important than anything, but we still have the same demands from this failed state that is still taking the same approach,” Lina Adawi, who was wearing a mask and driving in a car by herself in the convoy, told Al Arabiya English.

“They’re still concerned about their shares and appointments, the parties are getting together and saying, ‘This seat is for me and this seat is for you,’ but until now we haven’t seen that this state has done anything for its people,” she said.

Picture of the day 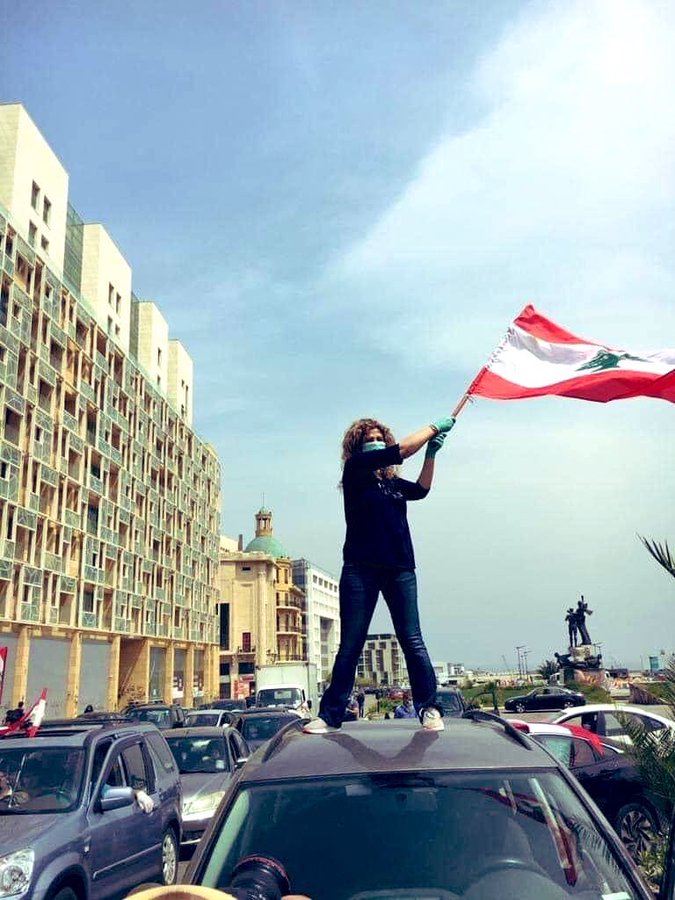 The government promised cash assistance to families in need, the equivalent of about $130 at the current exchange rate, but its distribution was delayed.

“The 400,000 [Lebanese lira] until now they haven’t given it to the poor families.” she said. Because of this, “We’ve returned to the squares with all of our demands.”

Fadi Darwish, one of the protest organizers in Beirut, chided a group of young protesters who were not wearing masks.

Darwish told Al Arabiya English, “We gave a chance to the authorities” but that since the lockdown, the situation has worsened with respect to “livelihood, bread, [and] the dollar.”

Prices in Lebanon for basic goods has gone up over the past few months as the local currency has now lost half its value against the US dollar, to which the Lebanese lira is pegged.

“We thank the state because it’s giving us more reasons to tell them to get out,” he said. Tuesday’s protest aimed to unify different regions around Lebanon, Darwish said.

Videos on social media showed protesters out in their cars in the southern city of Sour.

Car convoy of the #Lebanonprotests in Tyr/Sour (South Lebanon) which has been another hub of the protests – revolution tents have been constantly attacked months ago in this city by Pro #Hezbollah & Amal movement.

‘A revolution from North to South’ 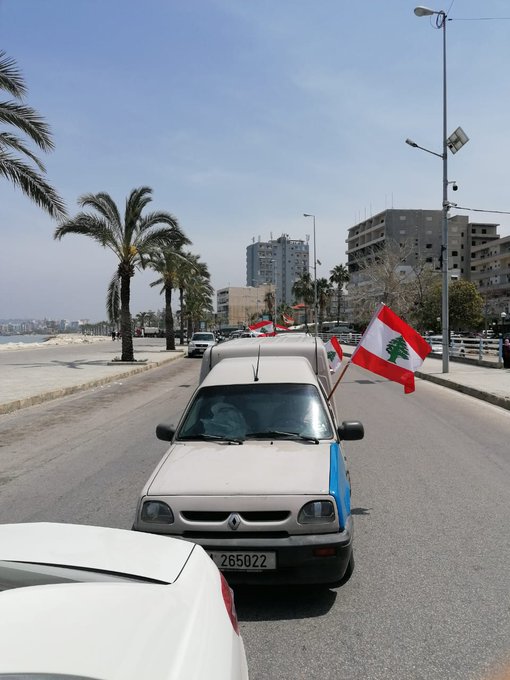 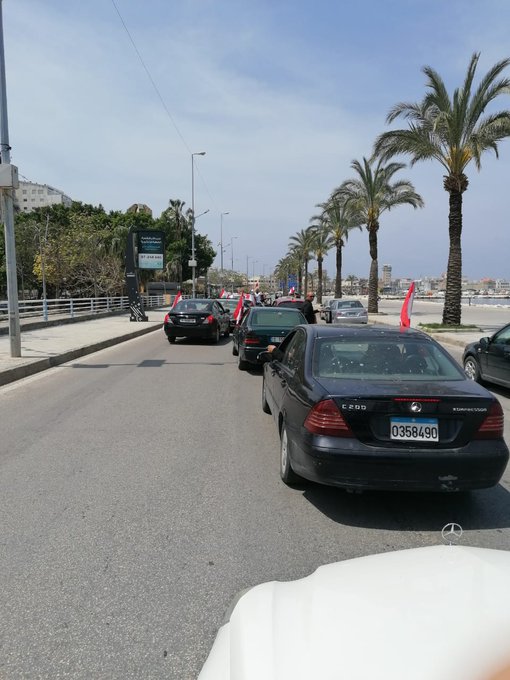 A protester who gave her name only as Rania had posted a sign on her car door reading, “The dignity of the poor is a red line.”

She told Al Arabiya English, “Today we’re coming down because of the increasing prices, the poverty, the hunger.”
Asked what the protesters want from the state, she said, “That they all resign…There’s no help that has arrived, and they’re just lying to people.”

After gathering in the square, the protesters set off toward the UNESCO building where Parliament was meeting.

The building was heavily guarded, including by a group of armed security wearing civilian clothes, which prompted objections from some of the lawmakers.

Kateab Member of Parliament Nadim Gemayel complained about their presence at the beginning of the session, telling Speaker Nabih Berri, “The scene is horrifying; it is like we were entering a militia center, not a Parliamentary session,” according to a statement by the party.

Berri responded that the guards outside the building were Internal Security Forces members and those inside were Parliament police. 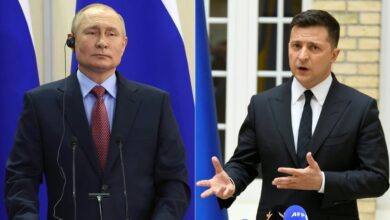 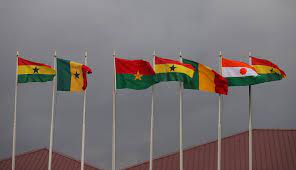 US whistleblower Snowden gets a Russian passport: TASS