A Virginia woman who bought 40 identical tickets for the same lottery drawing ended up winning 40 times for a grand total of $108,000.

Faye Hurst of Norfolk told Virginia Lottery officials she chose the Pick 4 drawing’s 50/50 option, which meant half of her wager went toward matching the numbers in their exact order and the other half would pay out for the numbers in any order.

Hurst said she didn’t have to spend much time picking her numbers for the drawing.

“I just play the same numbers every day,” she said. “They are a special someone’s birthday.”

As a Malay Christian You Can Now Use The Word Allah! Madina: The Lung of Tunisia Pulsates in History 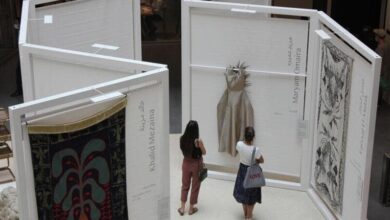 Where to Find the Best Art Galleries in Dubai