The United Nations says it has set up a special trust fund to provide urgently-needed cash directly to Afghans through a system that taps into donor funds frozen since the Taliban takeover in August.

With the local economy “imploding”, the aim is to inject liquidity into Afghan households to permit them to survive this winter and remain in their homeland despite the turmoil, it said on Thursday.

Achim Steiner, UN Development Programme’s (UNDP) administrator, said Germany, a first contributor, had pledged 50 million euros ($58m) to the fund, and that it was in touch with other donors to mobilise resources.

The UNDP had costed activities to be covered over the first 12 months at approximately $667m, she said.

“What we are witnessing is not only a nation and a country in the midst of political turmoil; what we are also witnessing is an economic implosion,” he told a news conference in Geneva.

“We have to step in, we have to stabilise a ‘people’s economy’ and, in addition to saving lives, we also have to save livelihoods,” he said.

“Because otherwise, we will confront indeed a scenario through this winter and into next year where millions and millions of Afghans are simply unable to stay on their land, in their homes, in their villages and survive. The implications of that are not difficult to understand,” he said.

The International Monetary Fund said on Tuesday that Afghanistan’s economy is set to contract up to 30 percent this year and this is likely to further fuel a refugee crisis that will affect neighbouring countries, Turkey and Europe.

Banks are running out of money, civil servants are not being paid and food prices have soared.

“This is a country that has become hugely dependent on these foreign reserves over the last two decades. [Withholding the reserves] all of a sudden is having a catastrophic effect,” she said.

“Everybody we have talked to here over the last couple of weeks tells us that they have not been paid from two to six months.”

Steiner said the challenge is to repurpose donor funds already earmarked for Afghanistan, where the Taliban, the de facto authorities, are not recognised.

“Discussions over the last few weeks have focused on how we do find a way to be able to mobilise these resources in view of the economic implosion that is now unfolding and the international community’s repeated commitment not to abandon the people of Afghanistan,” he said. 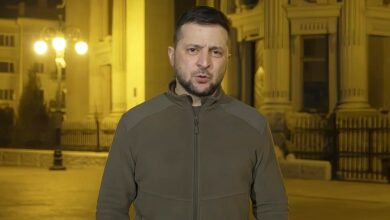 Where India stands in its fight against coronavirus Iraqi capital Baghdad wakes up to gunfire after night of violence