The head of the United Nations’ World Food Program David Beasley says he’s ready to meet Elon Musk on Earth — or in space — to explain how the planet’s richest man could help alleviate world hunger, saying it would be preferable to trading tweets over the issue.

Beasley was responding to Musk’s offer over the weekend to sell Tesla shares and give the money to the WFP if the organization could show on Twitter exactly how $6 billion could solve world hunger.

Musk called on the UN food assistance arm to be open with the accounting so that the public could see “exactly where money goes.”

This morning, the WFP tweeted its support for its director. Coronavirus: Dubai says it has carried out full genome sequencing of COVID-19 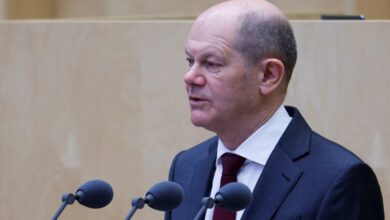