The head of the UN’s atomic watchdog arrived in Iran on Monday, state media reported, for a visit aimed at improving cooperation on the Islamic republic’s nuclear activities.

Rafael Mariano Grossi, on his first trip to Iran since taking the helm of the International Atomic Energy Agency last year, is to meet with senior officials on Tuesday.

He is expected to press for IAEA access to two nuclear sites in the talks with Foreign Minister Mohammad Javad Zarif and the head of the country’s atomic agency, Ali Akbar Salehi.

“My objective is that my meetings in Tehran will lead to concrete progress in addressing the outstanding questions that the agency has related to safeguards in Iran and, in particular, to resolve the issue of access,” Grossi said in a statement on Saturday.

The visit comes amid tensions between the US and its European allies over Washington’s bid to maintain an arms embargo on Iran and reimpose UN sanctions dating back to 2006.

His visit also takes place shortly before a September 1 meeting of the joint commission on the 2015 deal between Iran and global powers, which aims to prevent Tehran from developing a nuclear bomb.

Tehran has always denied its nuclear program has any military dimension.

Omicron reported in 57 countries, hospitalizations set to rise: WHO 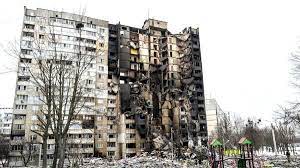