The United Nations on Thursday alleged possible crimes against humanity in Ethiopia’s Tigray region including by Eritrean troops, as it urged a withdrawal by the neighbouring country, which denies involvement.

The UN also warned of potentially catastrophic hunger as it pleaded for urgent humanitarian access, but divisions at the UN Security Council stopped the international community from showing a united front.

A week after Amnesty International said that Eritrean troops killed hundreds of people there, Bachelet said her office had corroborated information about incidents including indiscriminate shelling in the regional capital of Mekelle and the towns of Humera and Adigrat in November when Ethiopia launched an offensive.

It had also verified “reports of grave human rights violations and abuses including mass killings in Axum, and in Dengelat in central Tigray by Eritrean armed forces”.

A preliminary analysis of the information indicated that “serious violations of international law, possibly amounting to war crimes and crimes against humanity, may have been committed by multiple actors in the conflict,” it said in a statement.

“Without prompt, impartial and transparent investigations and holding those responsible accountable, I fear violations will continue to be committed with impunity, and the situation will remain volatile for a long time to come,” she said.

The UN High Commissioner for Human Rights office also lamented what it said were continuing abuses including sexual violence and extrajudicial killings.

Abiy – who was awarded the Nobel Peace Prize in 2019 – declared victory after pro-government troops took Mekelle in late November, although the TPLF promised to fight on, and clashes have persisted.

The United Nations for the first time also publicly pointed the blame at Eritrea, Ethiopia’s one-time rival that has found shared objectives in Tigray. The governments in Addis Ababa and Asmara have denied the presence of Eritrean forces.

“It is now abundantly clear to all, and openly acknowledged by officials of the government administration in Tigray, that Eritrean defence forces are operating throughout Tigray,” the UN Under-Secretary-Seneral for Humanitarian Affairs Mark Lowcock, told a Security Council session on the crisis.

“Countless well-corroborated reports suggest their culpability for atrocities,” he told the closed-door, virtual session in remarks seen by the AFP news agency.

“Eritrean defence forces must leave Ethiopia and they must not be enabled or permitted to continue their campaign of destruction before they do so.”

Lowcock called for assistance to be scaled up “dramatically” as he warned of the potential for “catastrophic” hunger in Tigray, with 4.5 million people in need of assistance.

Despite a UN agreement with Ethiopia, humanitarian access in Tigray remains minimal with the United Nations saying that hundreds of thousands of people in rural parts of the region have not been reached.

Ethiopian authorities “provide regular updates on what they’re doing on the humanitarian front but then it’s: ‘look here, there’s nothing to see’,” one diplomat said on condition of anonymity.

The Security Council session called by Ireland failed to reach a consensus on a joint statement, with diplomats saying that Russia was the principal opponent.

Russia and fellow permanent member China, which also has the right of veto, saw the move as interference in internal affairs while non-permanent member India, although supportive of some form of statement, believed it should have been narrowly focused on the humanitarian situation, diplomats said.

A draft statement seen by AFP would have called for immediate humanitarian assistance as well as a halt to hostilities while asserting the importance for Ethiopia’s sovereignty and territorial integrity.

The new US ambassador to the United Nations, Linda Thomas-Greenfield, said that the crisis “poses a direct threat to regional peace and security”.

“We need to address it immediately,” she said. “The onus to prevent further atrocities and human suffering falls squarely on the Ethiopian government’s shoulders.”

In one shift, diplomats said that the three African nations on the Security Council – Kenya, Niger and Tunisia – had supported the statement.

The three African nations had been reluctant at a previous session a month ago, saying that the African Union should take the lead.

The Green Read: How coronavirus could help us save our planet 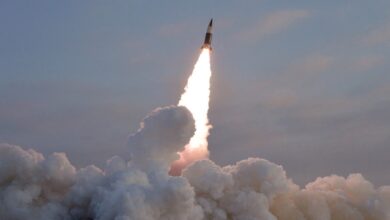