The United Nations’ envoy to Afghanistan called on the Taliban on Friday to cease its attacks on major cities immediately as she warned the conflict-torn country was heading for “catastrophe.”

Deborah Lyons, head of the United Nations Afghanistan aid operation, painted a grim picture of the country’s deteriorating situation during a special meeting at the UN headquarters in New York.

“The Security Council must issue an unambiguous statement that attacks against cities must stop now,” Lyons told the 15-member council via video-link from Kabul.

The Taliban control large swathes of the countryside and are now challenging Afghan government forces in several large cities, including Herat, near the western border with Iran, as well as Laskhar Gah and Kandahar in the south.

The war has increasingly spilled into the capital Kabul too, with insurgents shooting dead the head of the Afghan government’s media information on Friday.

The insurgents have taken advantage of the security vacuum left by the withdrawal of US forces.

Fighting has raged since May, when US and other foreign forces began the first stage of a troop withdrawal due to be completed later this month.

“Today we have an opportunity,” Lyons pleaded with the council.

“An opportunity to demonstrate the commitment of the UN Security Council, and the regional and international community that you represent to prevent Afghanistan from descending into a situation of catastrophe, so serious that it would have few, if any parallels in this century,” she said.

Lyons added that countries meeting with Taliban representatives should “insist on a general ceasefire” and a “resumption” of the negotiations.

She said a travel ban exemption allowing Taliban members to travel only for the purpose of peace negotiations should only be extended next month “predicated on real progress on peace.”

“The council should give serious consideration to providing the United Nations with a mandate that allows it to play, when requested by both parties, a greater role in facilitating negotiations,” Lyons added.

The public meeting was called on Thursday following requests from Estonia, Norway, and Afghanistan. Saudi Arabia will be one of first countries to receive COVID-19 vaccine: Spokesman 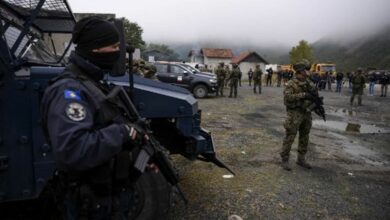