Saudi Arabia’s suspension of Umrah travel due to the spread of coronavirus has forced some Muslim pilgrims to abandon their plans as airliners cancel flights last minute, but travel agencies are optimistic that the measures will be short-term, according to agents in the industry.

As the deadly coronavirus spread to the Middle East during the last week, Saudi Arabia announced on Thursday it was temporarily suspending all travel to the Kingdom to visit Grand Mosque in Mecca and the Prophet’s Mosque in Madina for the Islamic pilgrimage of Umrah, which can be made at any time of the year. The decision affects millions of Muslims worldwide who planned to visit the Islamic holy city of Mecca, with many putting their plans on hold.

“Obviously the business, the whole industry, is going to be affected as a lot of customers have canceled their plans,” said Faheem Zafar from Arqem Hajj & Umrah Services, Pakistan, whose agency relies on Hajj and Umrah pilgrims for 80 percent of their business.

Travel agencies told Al Arabiya English that many flights to Saudi Arabia had been canceled due to the statement, some of them with the passengers already on board.

In Pakistan, fifty pilgrims were taken off a Pakistan International Airlines flight at the last minute due to the announcement, Zafar told Al Arabiya English.

However, Khan added that the status of flights varied from airline to airline, and that a Saudi Arabian airliner had taken passengers to the Kingdom on Thursday after the suspension had been ordered.

“Some of the passengers are flying from Heathrow to Saudi today. They have flown via Saudia on the Umrah visa and tourism visa,” he said.

Neither customers nor agencies would lose out from the canceled flights, according to the UK-based travel agencies who spoke to Al Arabiya English.

“We’re refunding tickets for flights on the upcoming days from the UK to Saudi Arabia, from London Heathrow. Nobody is making a loss on that. It will be refunded. It is up to the airline.”

However, other agents said that pilgrims may lose out due to costs over visas, which may expire without being used, and other expenses for their trips which now may not be made.

“Obviously there will be a lot of loss for our customers. The visa is usually 15 or 30 days costs approximately 40,000 rupees,” said Zafar.

Despite the short-term difficulties, several travel agents told Al Arabiya English they were optimistic that the measures were only temporary.

“It won’t take more than 48 hours as they are reforming their services in Saudi Arabia, in the airport, in Jeddah, Mecca, Madina. They are setting up isolation centers,” said Faizan a senior travel consultant at Noori Travel and Tours in Manchester, UK.

“Obviously they have to protect their borders, every nation does,” added Zafar. “We are expecting [Saudi Arabia] to reopen in the next few days.” 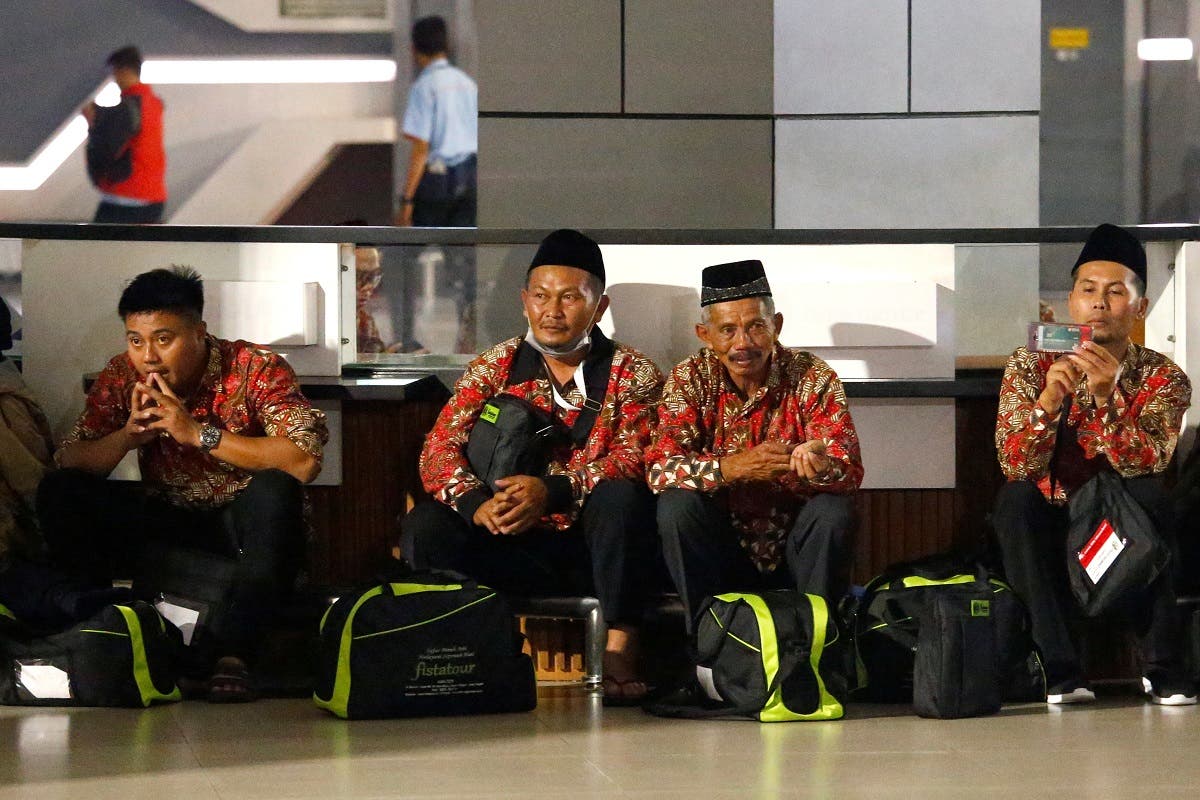 Umrah pilgrims are seen after the cancelation of the departure to Mecca at Soekarno Hatta International Airport. (Reuters)

Saudi Arabia’s Deputy Minister of Hajj and Umrah Abdel Fattah Mashat told Al Arabiya that the Kingdom’s suspension of Umrah visas is a pre-emptive and temporary measure. He added that the Ministry has informed all companies and agencies in the Kingdom to follow up with pilgrims and provide them with all the necessary facilities.

The uncertainty, though, of when the suspension would exactly be lifted has left some travel agents speculating on the future.

Coronavirus: WHO wants invite to join investigation into virus origins

Iran’s Khamenei: US must lift sanctions for Tehran to return to nuclear commitments

Coronavirus: Iran reports over 100 new COVID-19 deaths for third day in a row

Zarif says informed by UN that US has denied him visa