The United Kingdom has set a deadline of October 15 to strike a free-trade deal with the European Union, and if none is agreed, both sides should “accept that and move on”, UK Prime Minister Boris Johnson will say on Monday.

The UK left the EU on January 31, but there has been little progress on a new trade deal after a status-quo transition arrangement ends in December. Failure to reach a deal could result in the imposition of trade tariffs and customs controls for goods moving between the UK and EU.

Talks, which have stalled over the UK’s insistence that it has full autonomy over state aid and fishing, are due to resume in London on Tuesday.

French Foreign Minister Jean-Yves Le Drian said an agreement on trade needed to be reached urgently and he blamed the stalemate on the UK’s attitude.

Johnson will say there is no sense in thinking about timelines beyond October 15.

“If we can’t agree by then, then I do not see that there will be a free trade agreement between us, and we should both accept that and move on,” he will say, according to comments released by his office. 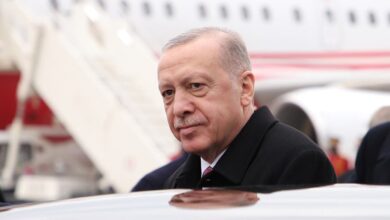