“The Crown Prince affirmed the Kingdom’s keenness and support for all international efforts aimed at resolving the crisis politically, and stressed the continuation of efforts to contribute to alleviating the humanitarian consequences resulting from it,” SPA reported.

The Crown Prince also stressed Saudi Arabia’s readiness to help mediate between all parties of the Ukraine crisis.

Zelenskyy thanked the Crown Prince for his efforts in the recent prisoner exchange operation. The Ukrainian president wrote on Twitter: “Had a cordial conversation with Saudi Arabia’s Crown Prince Mohammed bin Salman. Thanked [him] for facilitation in the release of foreign citizens, involvement in mediation and the leading role of Saudi Arabia in the region.”

On Wednesday, Riyadh announced that the Crown Prince mediated the release of ten prisoners from five countries in a prisoner of war exchange between Russia and Ukraine.

“The relevant Saudi authorities received and transferred them [the prisoners of war] from Russia to the Kingdom and are facilitating procedures for their safe return to their respective countries,” the Saudi foreign ministry said in a statement.

Deputy Minister of Defense Prince Khalid bin Salman said on Twitter: “The successful transfer of ten prisoners of war from five countries between Russia and Ukraine, in a deal mediated by the Crown Prince, affirms his proactive role in bolstering humanitarian initiatives, and his support for all international efforts that seek to solve this crisis.” After record floods, now Pakistan has to worry about economy 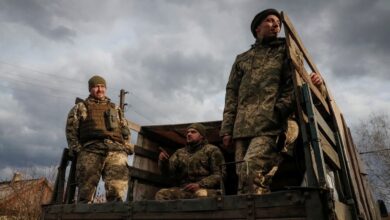