Ukrainian President Volodymr Zelenskiy said on Monday it was time for the West to consider imposing a no-fly zone for Russian missiles, planes and helicopters in response to Russian shelling of the Ukrainian city of Kharkiv.

In a video address, Zelenskiy did not specify how and by whom a no-fly zone would be enforced. He said Russia had launched 56 rocket strikes and fired 113 cruise missiles in the past five days since beginning its invasion of Ukraine on Feb. 24.

Zelenskiy accused Russia of committing war crimes and said it should be brought before an international tribunal.

He said Russia had continued to bombard Ukrainian cities during a first round of talks with Ukrainian officials in Belarus on Monday.

“I believe that Russia is trying to apply pressure in this unsubtle way. Do not waste time. We do not accept such tactics. Fair negotiations can occur when one side does not hit the other side with rocket artillery at the very moment of negotiations,” he said. 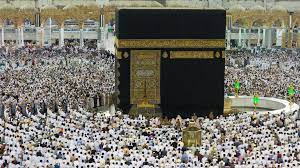