In a watershed speech that marked the onset of the Ukraine war, Russian President Vladimir Putin sought to justify Moscow’s “special military operation” on historical references, from the common ethnic, cultural, and religious ties between Ukrainians and Russians, to his claim that, as a separate identity, political entity, or nation, Ukraine has never even existed until fairly recently.

In an interview with Kahraman Sakul, a historian who focuses on Ottoman encounters in the early modern Slavic world, Anadolu Agency asked about historical background of the Ukraine-Russia conflict, as well as of Putin’s claims.

The first independent Slavic polity traces its roots back to Kyivan Rus, a loose medieval federation of Slavic tribes with Scandinavian rulers centered on what is now the Ukrainian capital, whose legacy is claimed by both Russians and Ukrainians, said Sakul, who teaches at Necmettin Erbakan University in central Turkiye.

Amid the political fragmentation of the Kyivan Rus, the Principality of Kyiv emerged in the early 12th century. Though this realm, which stretched over what is today Ukraine, Belarus, and western Russia at its height, would also meet its demise within 300 years, it would not be before the late 15th century that Moscow took over as the cultural, political, and economic center of the Slavic domain, Sakul explained.

In Ukraine’s cultural Westernization, later Polish rule would play a profound role, he added. This would also involve a “de-Slavization” of the region, especially in the area’s western reaches. As such, there is no uniform, homogenous Ukraine based on pan-Slavism and Orthodox Christianity, as the Russian narrative tends to argue.

Sakul underlined that even the eastern part of the Ukrainian lands, which maintained close political, religious, and cultural ties with Russia, are not inherently pro-Russian, and are increasingly adopting a Ukrainian identity as result of the Russian war against the country.

What is also important to know, Sakul said, is that Ukraine’s current territories were never fully part of the Russian Empire, with western Ukraine was mostly under the rule of Poland and the Habsburg Empire.

So, the historical narrative pushed by Putin is far from the truth, argued the historian. Rather, it is a highly politized and ideological Russian understanding and interpretation of history, blended with the bitter memories of the 1990s’ dissolution of the Soviet Union.

As for the Ottomans’ encounters in Ukraine, Sakul drew attention to the relations conducted through the Crimean Tatar Khanate, which ruled over southern Ukraine and the Crimea Peninsula for centuries. The first direct contact with Ukrainian Cossacks had come when they rebelled against Polish rule and asked for Ottoman protection in the mid-17th century.

Preoccupied by the Venetian threat in the Eastern Mediterranean, the Ottoman Empire could not provide them with concrete assistance, but encouraged the formation of a joint Tatar-Cossack front against the Poles and offered diplomatic support, Sakul said, adding that the journals of Evliya Celebi, a famous Ottoman explorer, provided a beaming account of the Ukrainian forces as “our Cossack brothers.”

“Obviously, the Ukrainians were grateful for the Ottoman support. So much so that renowned Cossack Hetman Petro Dorosenko was given the title of Sancakbeyi (district ruler) by the Ottoman Empire and Sultan Mehmet IV sent reinforcements to aid the Ottoman army during the Siege of Kamenets (against the Polish) in 1672.” 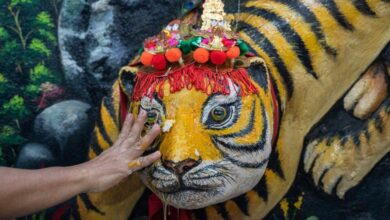