A statement by Iran saying it accidentally shot down a Ukrainian passenger plane confirms one of the working theories of the Ukrainian state security service (SBU) on what caused the crash, SBU chief Ivan Bakanov said on Saturday.

Contrary to what some experts had said initially, the SBU thought Iran’s anti-aircraft missile system had been operated manually rather than automatically, Bakanov said in a statement.

Iran said it had mistakenly shot down a Ukrainian plane killing all 176 aboard and voiced deep regret, after initially denying it brought down the aircraft in the tense aftermath of Iranian missile strikes on US targets in Iraq. 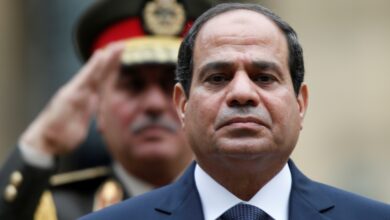 US cancels $130m military aid for Egypt over rights concerns