Ukrainian President Volodymyr Zelensky, facing a sharp spike in violence in and around territory held by Russia-backed rebels and increasingly dire warnings that Russia plans to invade, on Saturday called for Russian President Vladimir Putin to meet him and seek resolution to the crisis.

“I don’t know what the president of the Russian Federation wants, so I am proposing a meeting,” Zelensky said at the Munich Security Conference, where he also met with US Vice President Kamala Harris. Zelensky said Russia could pick the location for the talks.

“Ukraine will continue to follow only the diplomatic path for the sake of a peaceful settlement.”

There was no immediate response from the Kremlin.

Zelensky spoke hours after separatist leaders in eastern Ukraine ordered a full military mobilization on Saturday while Western leaders made increasingly dire warnings that a Russian invasion of its neighbor appeared imminent.

In new signs of fears that a war could start within days, Germany and Austria told their citizens to leave Ukraine.

Violence in eastern Ukraine has spiked in recent days as Ukraine and the two regions held by the rebels each accused the other of escalation. Russia on Saturday said at least two shells fired from a government-held part of eastern Ukraine landed across the border, but Ukrainian Foreign Minister Dmytro Kuleba dismissed that claim as “a fake statement.”

Pain and reflection a year after Ethiopian Airlines crash 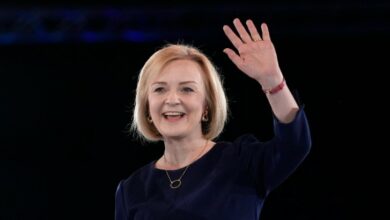