Ukraine’s President Volodymyr Zelenskyy has authorised the release of convicts with combat experience to help fight the Russian invaders.

Speaking in a new video address published on the fifth day of the full-scale war with Russia, Zelenskyy said on Monday that the decision was “not easy from the moral point of view”, but it was justified from his war-torn country’s defence standpoint.

He also called on Russian soldiers to lay down their weapons, claiming that more than 4,500 enemy troops had already been killed by Ukraine.

The 44-year-old leader also urged the European Union to grant his country “immediate” membership “via a new special procedure”.

“Our goal is to be together with all Europeans and, most importantly, to be on an equal footing. I’m sure it’s fair. I’m sure it’s possible,” he said.

He once again thanked the West for its support, saying: “Support of our anti-war coalition is unconditional and unprecedented.”

“Each of us is a warrior,” Zelenskyy said. “And I am sure that each of us will win.”

Ukraine forces, backed by Western arms, have managed to slow the advance of the Russian army.

Zelenskyy said 16 children had died during the first four days of Moscow’s assault and another 45 were wounded as he hailed “Ukrainian heroes”.

Michelle Bachelet, the UN human rights chief, said on Monday that at least 102 civilians, including seven children, had been killed but warned the real numbers were probably far higher.

“Ukrainians have shown the world who we are. And Russia has shown what it has become,” Zelenskyy said.

The Ukrainian leader – a former comedian who came to power in 2019 – released his latest video statement before Russian and Ukrainian negotiators sat down for their first face-to-face talks since Russian President Vladimir Putin ordered troops to invade last Thursday.

Zelenskyy’s office said Kyiv’s goal for Monday’s talks was an immediate ceasefire and the withdrawal of all Russian forces from Ukraine.

“These demands include the neutrality of Ukraine, guarantees that it will never join NATO and that Kyiv recognise the declared independence of breakaway regions in the east of the country,” Hull said, citing the self-proclaimed Donetsk People’s Republic (DPR) and Luhansk People’s Republic (LPR).

“And you can probably include in that recognition that Crimea is officially part of Russia after it was annexed [by Moscow] back in 2014; most of the world and certainly Ukraine does not recognise that,” he added.

Nikolay Mitrokhin, a Russia expert and researcher at Germany’s Bremen University, told Al Jazeera that Russia’s offensive has “practically stopped on all fronts”.

“A large morning assault on [the eastern city of] Kharkiv has been repelled and an attempt to enter Kyiv from the [town of] Irpen [to the west] has been stopped,” Mitrokhin said.

Mitrokhin identified three possible angles from which Moscow’s forces may, however, refocus their efforts and attack – on Kyiv from the north, on the southern port city of Odesa and on the eastern city of Poltava. 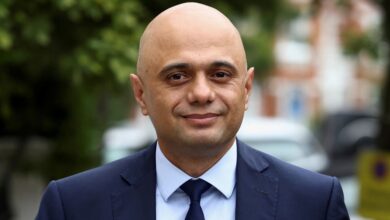